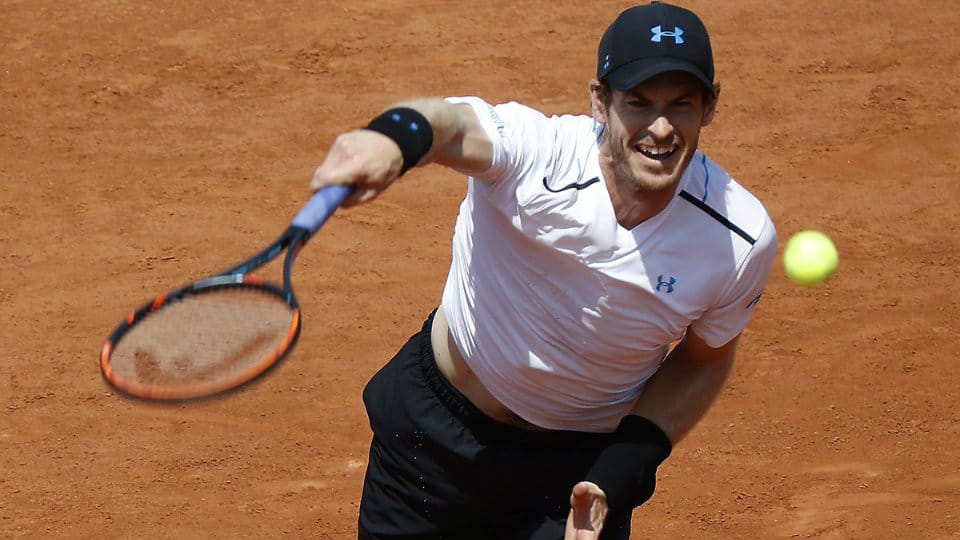 World number one Andy Murray’s struggle, this season on clay, came back to plague him at the French Open yesterday as he ground out an unconvincing 6-7(3) 6-2 6-2 7-6(3) win against Slovakian power-hitter Martin Klizan.

Out-hit and more surprisingly often out-thought in the first set by a player he had described as unpredictable, the Scot conceded it on a tiebreaker.

Looking faster and keener, Murray pushed through the second set in 37 minutes and the third in one minute less. The Slovakian, ranked 50, then began to chance his arm and, as Murray’s level dipped, raced to a 5-2 lead before, with yet another momentum shift, the Scot broke back and took the fourth set to a tiebreak, closing out the match with a scrambled volley.

Earlier, world number three Stan Wawrinka came out on top in his slug-fest with Ukraine’s Alexandr Dolgopolov win 6-4 7-6(5) 7-5 yesterday and move into the French Open third round.

The 2015 French Open champion, who has yet to drop a set here, may have won in three sets but it was tougher than it looked with Dolgopolov, a former top-20 player giving him a run for his money.

In the women’s section, ninth seed Agnieszka Radwanska quelled the challenge from qualifier Alison Van Uytvanck 6-7(3) 6-2 6-3 in the second round.