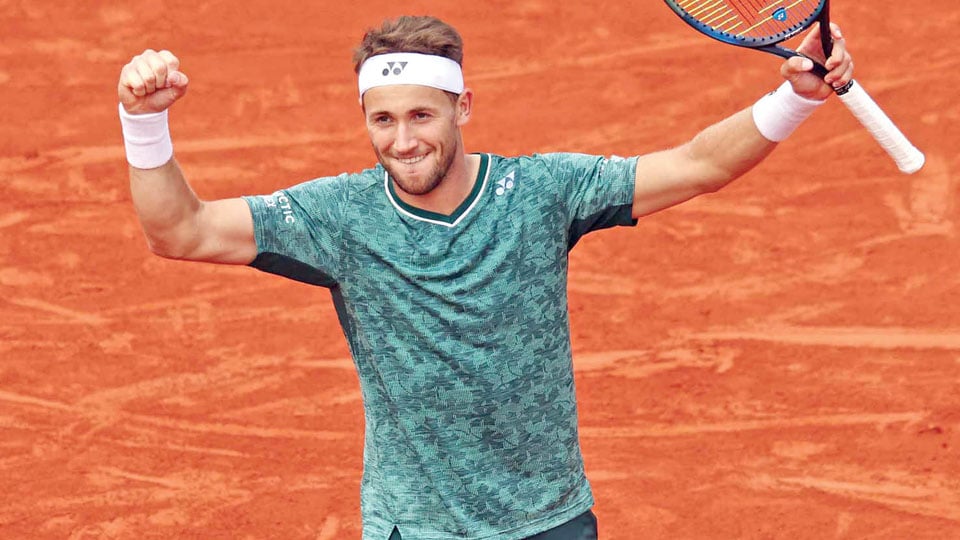 The Norwegian was tested by Denmark’s Holger Rune over three hours and 18 minutes on Court Philippe-Chatrier, in the first all-Scandinavian quarter-final in Roland-Garros history.

But as another chapter in their region’s storied history was written in Paris, it was Ruud who had the last word.