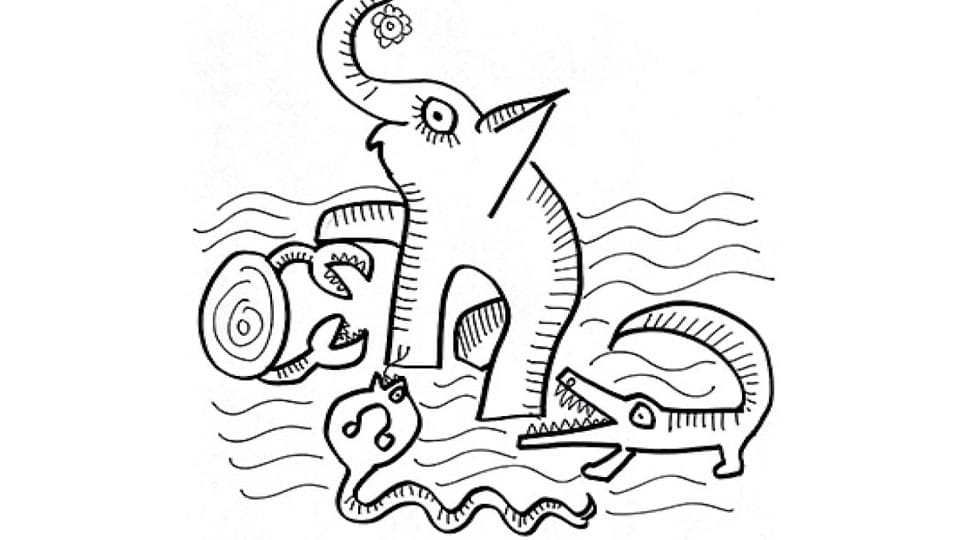 From Vedas to Puranas

Vedas were composed orally in old Vedic Sanskrit, centuries before the Mauryan Era. Ramayana, Mahabharata and the Puranas were written down in Classical Sanskrit based on Panini’s rules of grammar, around the Gupta Era. The stories were likely to have been transmitted orally for a long time before being written. Evidence for this is found internally: the Ramayana is first recited by Luv and Kush before Ram; the Mahabharata is recited by Vaisampayana before Jamadagni; the Puranas is recited orally at Naimisha forest by the storytellers Romaharshana and Ugrashrava. But when? Most likely after the rise of Buddhism.

A close study of Brahmana literature dated to 700 BCE (2,700 years ago) reveals stories of Matsya avatar and Varaha avatar, but the fish and wild boar are linked to Prajapati, not Vishnu. Earlier still, in Rig Veda, we get references to Vishnu ‘taking three strides across the sky’. A thousand years later, this becomes the three steps of Vaman avatar. This indicates that ideas from the Vedas and Brahmanas form the seed of stories that manifest in Puranas. However, they transformed dramatically after the rise of monastic orders, that challenged old Vedic ideals.

READ ALSO  There is No escape from myth

In the Buddhist Jataka tales, we find the story of an elephant fighting a crab that seeks to drown it. This story is carved even on stupa railings. In the oldest Hindu temple dated to Gupta times found in Deogarh, we find an elephant struggling against a serpent.

In the Puranas, we encounter the same story: but now, the serpent has become a crocodile. This is the story of Gajendra Moksha, from Vishnu Purana. In Buddhist tale, the elephant saves itself; in the Hindu tale, Vishnu rescues the trapped elephant. Thus, the crab becomes snake, then crocodile and the parable becomes an allegory of faith, over many centuries.

In the Vedas, the most important God remains Indra, the War God. He loves his drink Soma that reaches him via Agni, the Fire God. In Brahmanas, Prajapati becomes an important God and he is father of Devas and Asuras, who fight each other. In Buddhist literature, Prajapati is identified as Brahma. Both he and Indra bow to Buddha. By the time of Puranas, both Buddha and Indra have lower positions. Higher position is given to Shiva and Vishnu, who keep saving Indra from Asuras.

Vedas clearly belong to a period before the rise of Shramana philosophy, that is ascetic practices of Buddhists, Jains, Ajivikas and various forest-dwellers known as Tapasvis, Yatis and Munis. So before 2,500 years ago.

By contrast, Ramayana, Mahabharata and Puranas are a response to the ascetic practices and monastic orders, so less than 2,500 years old. They value household and social responsibility over everything else.

READ ALSO  The sage who witnessed all