Home » News » ‘Gau Mata will not let me down,’ says Animal Husbandry Minister 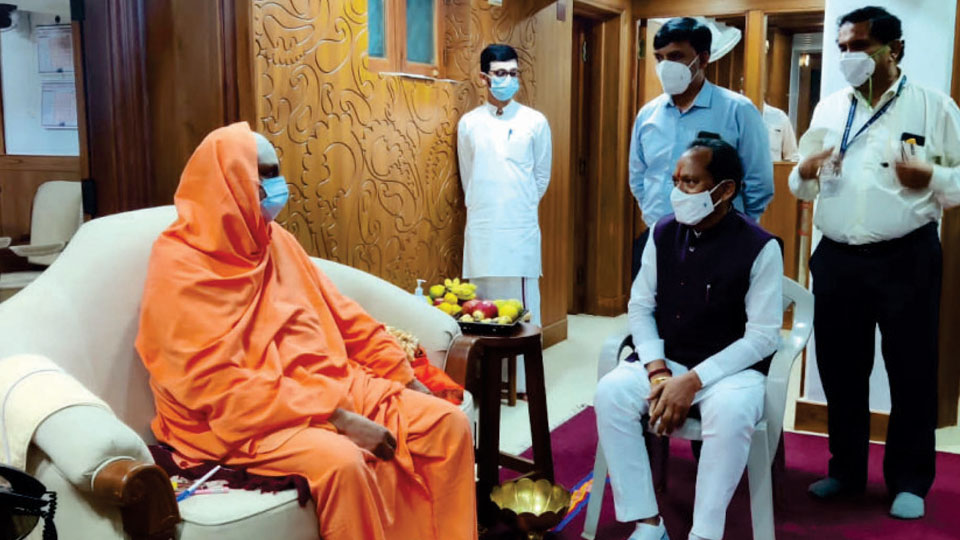 ‘Gau Mata will not let me down,’ says Animal Husbandry Minister

Mysore/Mysuru: Maintaining that there is very little chance of him being dropped from the Cabinet, Animal Husbandry Minister Prabhu Chavan said that he has taken initiatives for the implementation of Anti-Cow Slaughter Bill and has evolved many plans such as Gau Sanjeevini.

Speaking to presspersons after seeking the blessings of Suttur Mutt Seer Sri Shivarathri Deshikendra  Swamiji at Suttur Mutt here on Thursday, Prabhu Chavan asserted that Gau Mata would not let him down as he has done everything possible for protecting cattle.

Referring to the possibility of him being dropped from the Cabinet, Chavan contended that he is one of the most hardworking Ministers.

Arguing that he has tirelessly worked for the party for the past 32 years, he said that the blessings of Gau Mata will always be on him.

Referring to recruitment of Veterinary doctors, the Minister said that the State Cabinet has approved appointment of 400 Veterinary doctors and he came to Suttur Mutt soon after the approval, to seek the blessings of the Seer.

He further said that all other vacancies in the Department would be filled up in stages and the Government was committed for promoting Dairy industry.