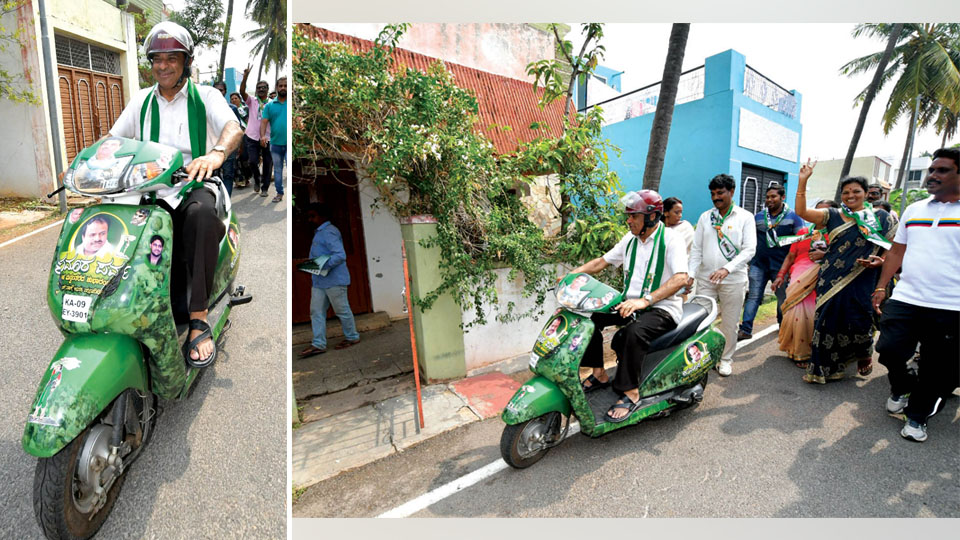 Mysuru: Even as the election fever is hotting up, political parties are finding novel ways to woo the voters. If one party shows its admiration to its leader by garlanding him with 750-kg apples, another party is going green to match its party colour. Here is Chamaraja Constituency JD(S) candidate Prof. K.S. Rangappa riding a green two-wheeler with his helmet on, visiting the residents of Yadavagiri.

Prof. Rangappa told Star of Mysore that the whole scooter is pasted with green-coloured sticker with the photos of the Party President H.D. Kumaraswamy at the centre and that of former Prime Minister H.D. Deve Gowda and former Minister H.D. Revanna on either sides. On the handle is his (Rangappa’s) photo and at one side is his son Shobith Rangappa. The party’s election symbol of a woman carrying haystack is stuck at the bumper.