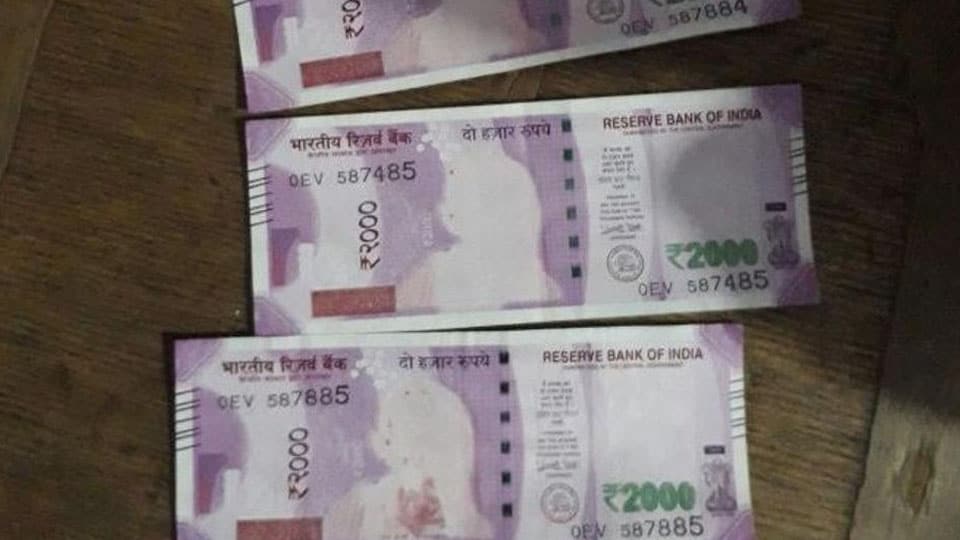 Visakhapatnam: Miscreants transporting fake currency notes worth over Rs.10 lakh have been recovered in Visakhapatnam in Andhra Pradesh.

In the light of the Assembly elections in Karnataka next month, efforts are on to woo voters through all means and one such is to lure them by giving fake currency notes. The Revenue Intelligence Directorate officials, on a tip off, raided the Hyderabad-Howrah East Coast Express and recovered Rs.10.2 lakh worth fake notes being transported in the train.

Two persons, including a Bengaluru-based accused, have been arrested in this connection. They were transporting 519 bundles of Rs.2,000 value fake currency notes. A person had brought these fake notes from Bangladesh to West Bengal’s Malda and was later being transported to Karnataka.

The accused have revealed during the investigations that in view of the forthcoming elections in Karnataka, they were trying to exchange the fake currency notes.

One of the accused from Bengaluru has a criminal background. He had been arrested on a kidnap case earlier and was released on bail, said the Police sources.