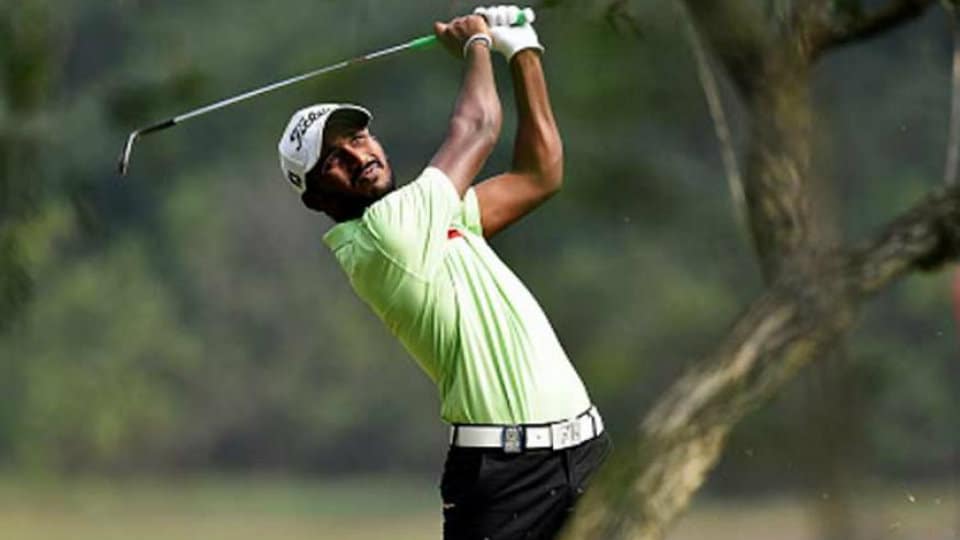 Bengaluru’s S. Chikkarangappa pulled out a flawless final round of six-under-65 to outclass the rest of the field and emerge triumphant by two shots at 20-under-264 at PGTI’s season-opener, the Rs.40 lakh Golconda Masters Golf Championship 2019 powered by Telangana Tourism and Incredible India.

Chikkarangappa’s career- graph has been on the upswing since he ended a two-year long title-drought on the PGTI in November last year. He followed that up with a runner-up finish at an Asian Tour event in Mauritius that helped him seal his card in Asia. The 25-year-old then posted another second-place finish at the PGTI’s season-ending event in December.

Patna’s Aman Raj produced the last day’s best round of seven-under-64 to finish joint runner-up at 18-under-266 along with Bengaluru’s M. Dharma (69).

Chikkarangappa (65-64-70-65), lying tied second, two off the lead, going into the final round, enjoyed a day as bright as the colour of his trousers, which was orange. He had a roaring start as he landed his second shots within four feet on the first and second to score birdies on both holes and take the early lead even as overnight leader Dharma dropped a bogey on the second.