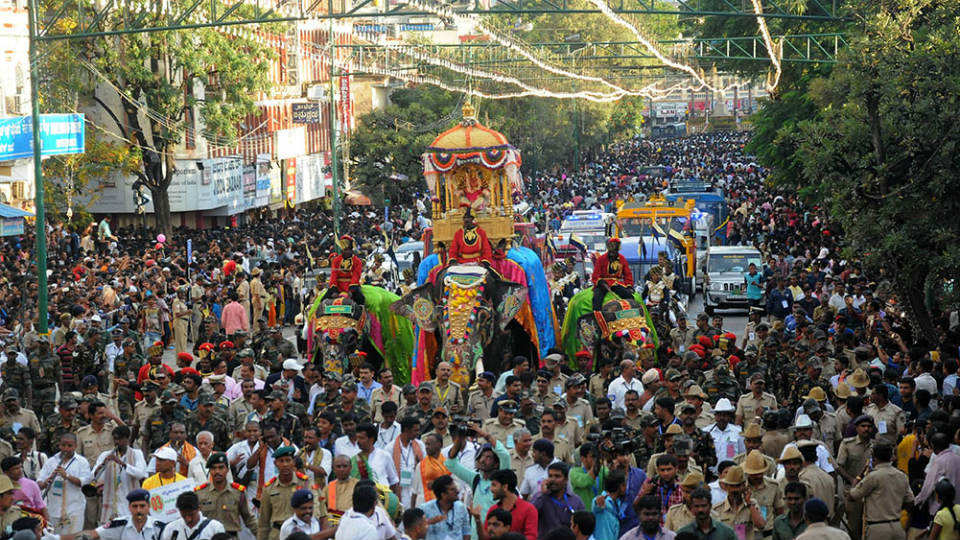 Mysuru: This year, the Dasara Gold Card will cost Rs. 3,999 and only one person is eligible to enjoy the privileges per card. Deputy Commissioner D. Randeep said that gold cards will be released soon.

The card holders will be provided with a wrist band and thus, they will be identified by the security personnel.

RFID chip: For security purpose, each card will be facilitated with radio-frequency identification (RFID) chip and the card will be scanned at the entry points, the DC said.

Meanwhile, Karnataka State Tourism Development Corporation has asked for 75 passes to be provided to tourists on ‘Golden Chariot’, a Dasara special tour package.

All the card holders, including package tour visitors, will be provided the same privileges. Special seating arrangements will be made for card holders during Jumboo Savari, he said.

Dasara 2017 Dasara Gold Card DC D. Randeep
All about Men and Mice: Menace of rats upon mankind !
Watch out for international films this Dasara