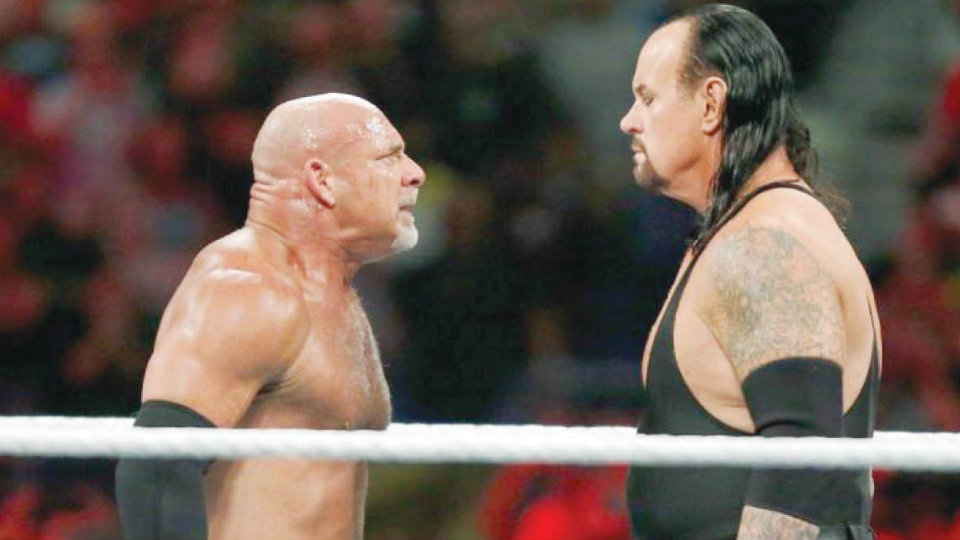 A blockbuster announcement has been made by World Wrestling Entertainment (WWE).

Hall of Famer Goldberg and Undertaker will have a match for the first time ever when the professional wrestling giants return to King Abdullah City Sports Stadium in Jeddah, Saudi Arabia, on June 7 for the recently-announced Super ShowDown event. It is a dream match for many WWE fans as it will pit two legends Goldberg and Undertaker in a match after so many missed opportunities in the past.

The company’s third appearance in Saudi Arabia will also see Triple H and Randy Orton face off in a match that continues their rivalry. WWE have signed a 10-year agreement with the Saudi General Sports Authority in 2018.

“WWE Super ShowDown will feature the first-ever match between WWE Hall of Famer Goldberg and Undertaker. In addition, the event will include Triple H Vs Randy Orton, as they create another chapter of their storied rivalry, and a 50-Man Battle Royal — the largest in WWE history,” statement on the official website said.