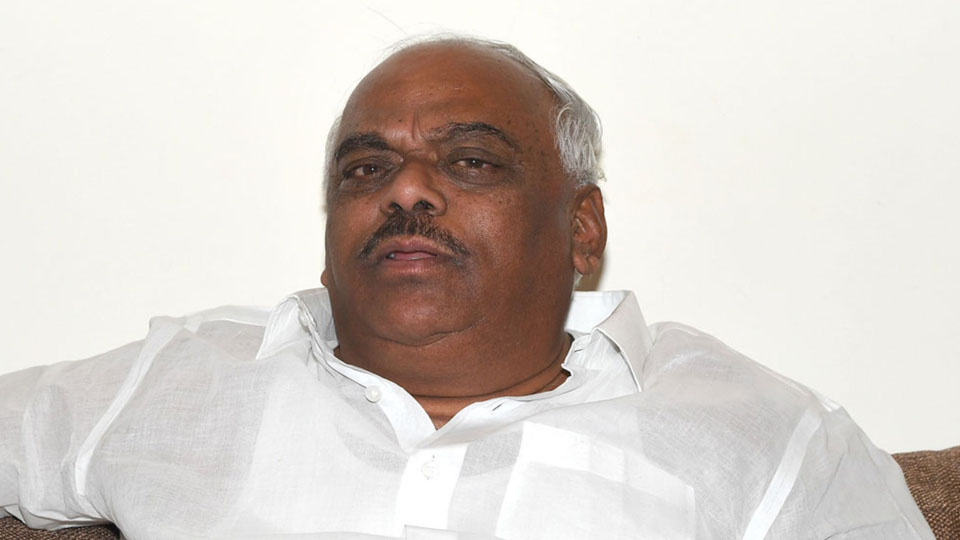 Government continues to be stubborn

Mysuru: The private doctors in the State have taken a serious decision to shut down all services at private hospitals, nursing homes and clinics including in-patient departments from tomorrow.

This unanimous decision was taken at a meeting of the Indian Medical Association (IMA), Mysore Branch, held at its premises on New Sayyaji Rao Road, here this morning.

IMA, Mysore member Dr. Sanjay Rajashekar told Star of Mysore that they were forced to take this decision as the Government was adamant in tabling the draconian KPME (Amendment) Bill ignoring most of the demands of the private doctors.

The meeting was chaired by IMA Mysore Branch President Dr. M.S. Vishweshwara. After a prolonged discussion, the doctors were forced to arrive at this most difficult decision of closing down all private medical establishments from tomorrow.

Meanwhile, Dr. Veeranna, State IMA Secretary, speaking to SOM,  said there was mixed response to the strike call given by the private practitioners in the city this morning. While in a few of the private hospitals all the services were functioning, a few had stopped the services like attending to out-patients.

Asked about the stand of Health Minister K.R. Ramesh Kumar (who walked out in a huff from the Congress Legislature Party meeting this morning at Belagavi where a few Congress members themselves questioned about the amendments) who is particular about tabling the Bill saying that it is in the interest of the poor, Dr. Veeranna said that the doctors are in the profession not just to make money. “Our first responsibility is to save the life of a patient. We have all seen the kind of service provided by the Government hospitals. If they were so particular why do they not improve their services,” he wondered.

According to Dr.Veeranna, the Government does not give them any subsidy for water, electricity and they charge for air conditioners used in the ICU. “The draconian step of being subjected to harassment of doctors including a jail term is something we are protesting vehemently against. How could we accept the District and Metropolitan Grievances Redressal Committees with Taluk Panchayat and ZP members on board,” he asked.

Meanwhile, The Mysore District Family Physicians’ Association (MDFPA) has decided to close their medical establishments indefinitely in protest against the ‘Government’s adamant attitude’ to go forward with the draconian KPME amendment and pass it in the Legislature.

In a press release, President of MDFPA Dr. K. Nagendra Prasad said that they were forced to take this decision as they were helpless.

The IMA and MAHAN  have urged all pregnant women, who are being attended to by private Gynaecologists, to make alternative arrangements immediately with Gynaecologists at Government Hospitals as the Gynaecologists in private hospitals will not be available from today.