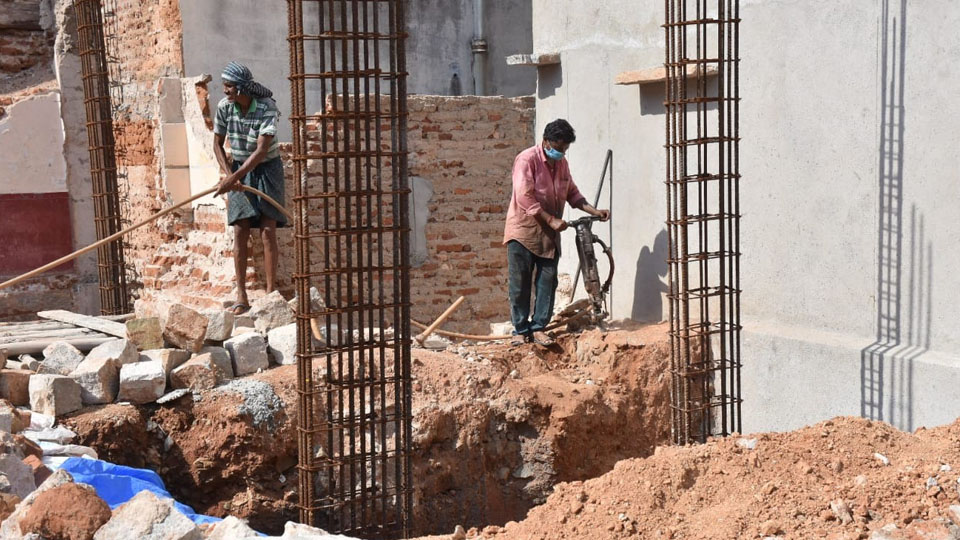 Mysore/Mysuru: Even as the Government recently announced financial packages to vulnerable sections of the society including the Labour sector with much publicity, the non-credit of the promised money to their bank accounts even after more than a week, the construction workers, who are hard hit by the COVID-induced lockdown, are a worried lot, hoping that the relief, though small, will reach them soon.

The Government had announced a relief of Rs. 3,000 each to lakhs of construction workers across the State.

District Labour Welfare Officer Rajesh told SOM that though the Government has announced a relief of Rs. 3,000 to each beneficiary, the Department is yet to get guidelines on the ways of distribution.