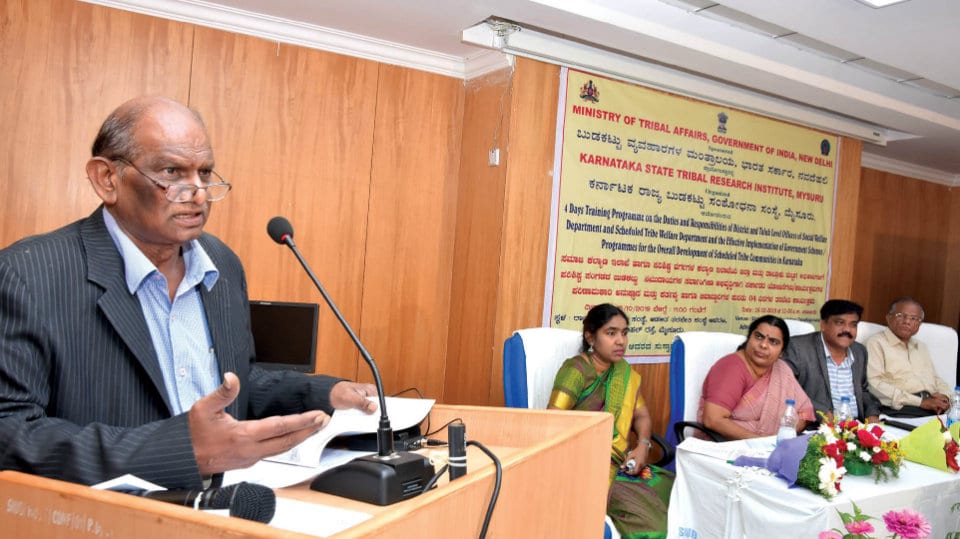 He said that the Government comes out with several schemes for the welfare of the tribals every year but the true benefits can be reaped by eligible people only if officers implement the schemes effectively without giving any room for ambiguity or bias.

Addressing the officers, KSTRI Mysuru Director Dr. T.T. Basavanagouda contended that the life of tribals in forest and on the plains is different. He observed that a few officers would be not aware of the difference due to lack of information.  He asserted that only if those officers are fully equipped with thorough information on tribals, Government schemes could be effectively implemented.