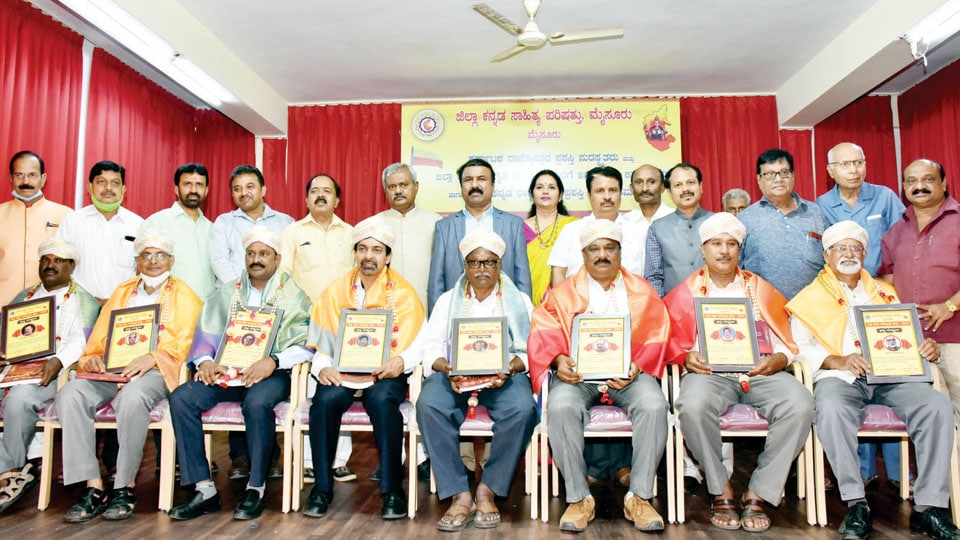 Mysore/Mysuru: District Minister S.T. Somashekar said that the Government will release more funds for Mysuru development as well as for the activities of District Kannada Sahitya Parishat after January.

Lauding Mysuru District Kannada Sahitya Parishat for its work for the past several years, he said that it is happy to note that the Parishat has recognised those who are fighting for the cause of Kannada land and language.

Noting that we should also think about those achievers who have not got a prize or award, Dr. Krishna Kumar regretted that late writer Dejagow (D. Javaregowda) did not get Kendra Sahitya Academy award, which he richly deserved. Noting that those people who were less deserving than Javaregowda got the award, Dr. Krishna Kumar said that it is disappointing to note that the late veteran writer was deprived of the award, despite his immense contribution to literature.