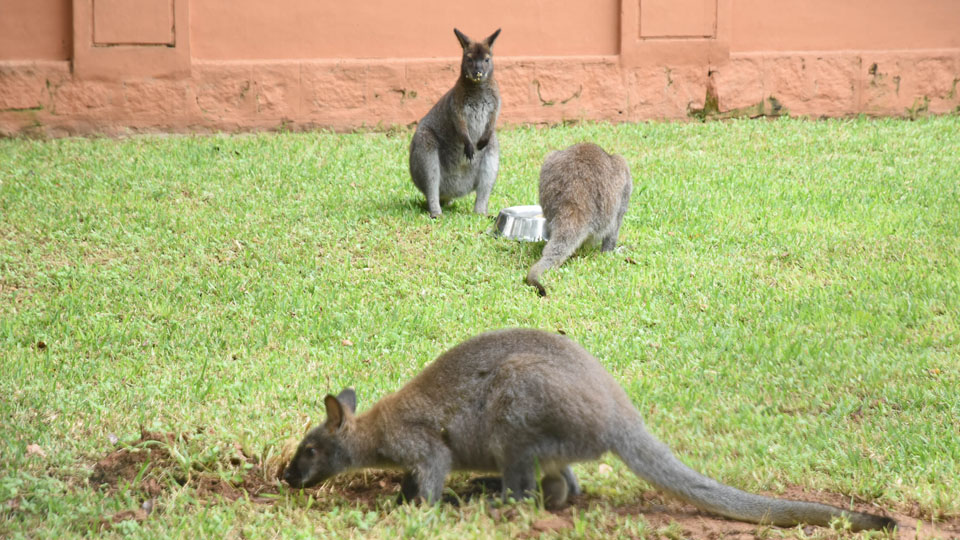 Mysore/Mysuru: District Minister S.T. Somashekar yesterday released three Red-Necked Wallabies into their enclosure for public viewing at Mysuru Zoo. Two female and one male Red-Necked Wallabies, which arrived at Mysuru Zoo on June 4 from a Czech Republican Zoo in Europe under the Animal Exchange Programme, were put under quarantine for observation. They were released into their enclosure for public viewing yesterday.

Speaking on the occasion, the District Minister said that the three animals were brought from Europe one and a half months ago and were put under observation. As the animals have now acclimatised to the weather conditions, they have been released into their enclosure for public viewing. Pointing out that the Zoo suffered financially during COVID pandemic, during which a lot of donors contributed their might for the Zoo, the Minister said that the Zoo is now recovering financially as more number of tourists are visiting which will increase as Dasara festival is fast approaching.

He further said that there will be inflow of tourists to the Zoo for 2 to 3 months, the Zoo will be financially sound and in case any financial issue crops up, the Govt. will respond immediately.