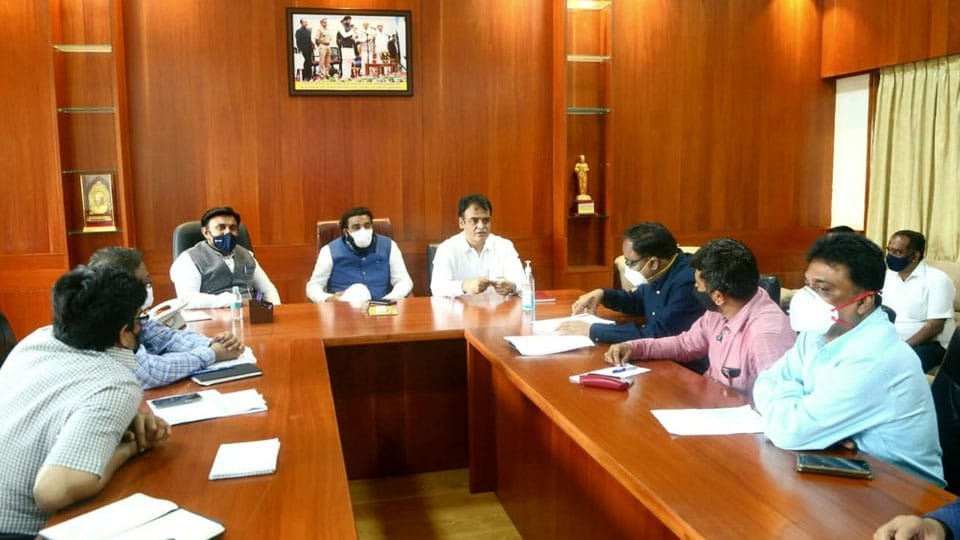 Mysore/Mysuru: The striking Government doctors have sought time till Friday to convey their decision on the assurance by the State Government to meet all their demands despite the financial crunch due to Covid-19. The doctors are demanding a hike in pay, promotion and other emoluments.

Indian Medical Association (IMA), Mysuru Branch President Dr. Suresh Rudrappa said that in case the Government failed to meet their charter of demands before Sept. 20, the doctors will stop OPD services at all Government Hospitals across the State from Sept. 21 and go on ‘Bengaluru Chalo’ agitation.

Meanwhile, Medical Education Minister Dr. K. Sudhakar has appealed to the doctors to withdraw the agitation as the State Government has conceded to their demand of salary hike despite the grim economic conditions.

Speaking to media persons after attending a meeting with office-bearers of the Karnataka Government Medical Officers’ Association (KGMOA) yesterday, the Minister informed that it was a fruitful talk and the Government has decided to fulfill the demand of doctors who are working hard day in and out since last six months. Chief Minister B.S. Yediyurappa has agreed to meet all the demands of the Health Department which were pending for last six months.

“Your demands will be addressed and the Finance Department has been briefed in this regard,” he added.

He said the revision in salaries will be made based on 6-year, 13-year and 20-year promotions for doctors and details on the same will be obtained from the Medical Officers. Even though this is a burden for Government, it will be addressed on priority, the Minister said.