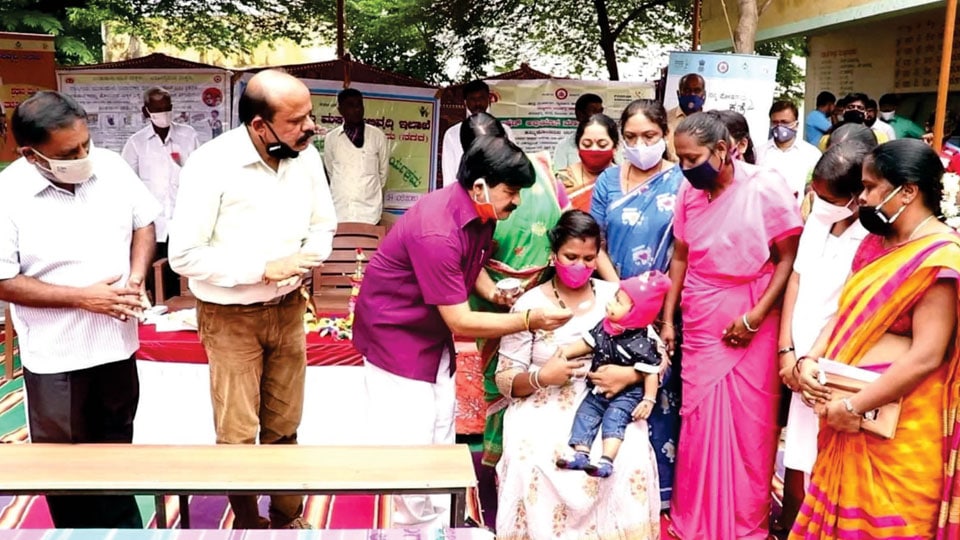 September has been considered as Nutrition Month and National Nutrition Mission is the country’s flagship programme, launched in March 2018 to improve nutritional status of children up to 6 years, adolescent girls, pregnant women and lactating mothers to achieve specific targets for reduction in low birth weight babies, stunting growth, under nutrition and prevalence of anaemia over next three years.

PMMVY is a maternity benefit programme that is implemented in all the districts of the country in accordance with the provision of the National Food Security Act, 2013. The objective of the PMMVY is providing partial compensation for the wage loss in terms of cash incentives so that the woman can take adequate rest before and after delivery of the first child. The cash incentive provided would lead to improved health seeking behaviour amongst Pregnant Women and Lactating Mothers (PW&LM).

Ramdas received Matru Vandana applications from the beneficiaries and provided information about Nutri Garden at every Anganwadi Centre. He said that for a six-month-old child to grow healthy, nutritional food should be given at the correct time and added that it is a tradition to give ‘Annaprashana’ during the commencement of nutritional food.

On the occasion, Ramdas also distributed Bhagyalakshmi Bonds, aimed at providing education to girl child and prevention of child marriages.