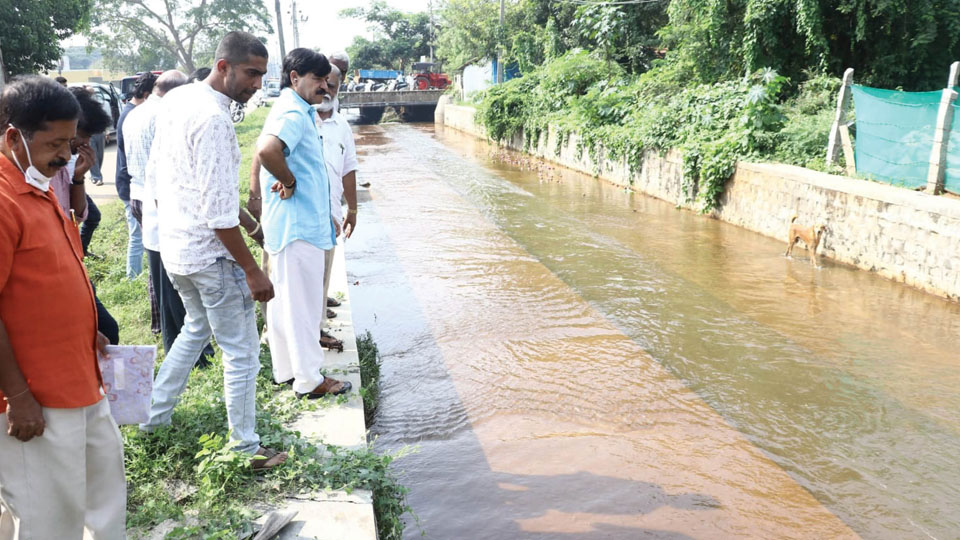 The MLA visited severely affected areas such as Kuvempunagar, Jayanagar, Agrahara, Ittigegud, Kuempunagar M-Block, Vishweswaranagar, J.P.Nagar, Srirampura and surrounding residential localities and carried out an inspection on the havoc and damages caused  by heavy rains that lashed the city for about a week.

Later, speaking to presspersons, Ramdas said that damages have been caused in 15 points of the Constituency. Attributing the damages mainly due to blockage of Underground and storm water drains, he said that the authorities have been directed to take appropriate measures for finding a lasting solution to this problem.

Pointing out that he visited the residence of Chandregowda, who was swept away by rainwater in Siddarthanagar a few days ago and has assured his family members of getting Rs.5 lakh from the Government as compensation, the MLA said that he has instructed the authorities concerned to ensure that rain-related problems are addressed at the earliest.