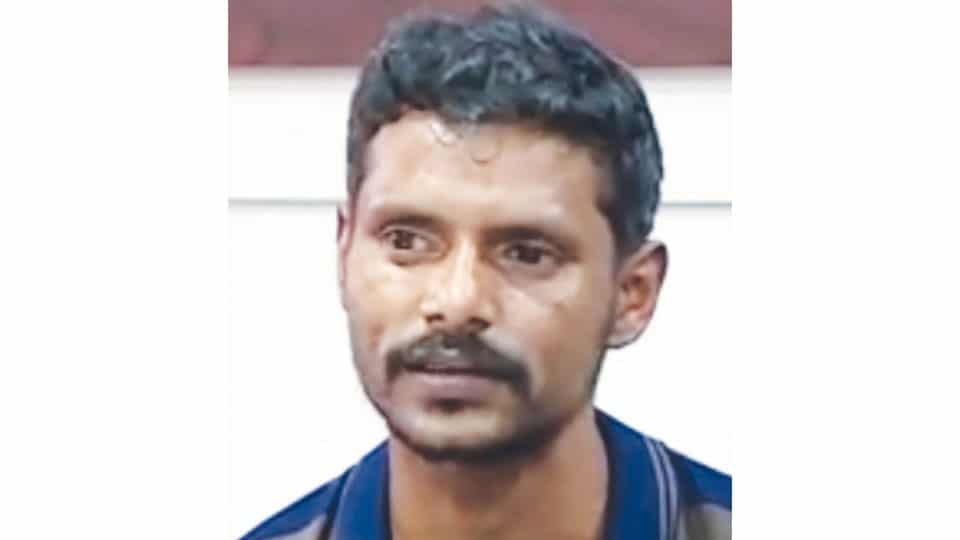 Madikeri: A Naxal movement leader, who has his roots in Kodagu, has surrendered before the Kerala Police in Wayanad. He is 37-year-old Lijesh, alias Ramu alias Raman Lijesh, a senior leader of the proscribed Communist Party of India (Maoist).

He lived at Perumbadi-Arji village near Virajpet and was an agriculturist before he took up arms. His family hailed from Kerala and decades ago, they had settled in Arji village and maintained agricultural lands for livelihood. The family also cultivated ginger in neighbouring fields.

In 2009, he went to Kerala in search of a job where he met Maoists and other Naxal-leaning activists and never returned. Lijesh said that he was associated with CPI (Maoist) for seven years and had operated in the forests of Kerala, Karnataka and Andhra Pradesh. He claimed that he was the deputy commander of ‘Kabini Dalam’ of the banned organisation.

Addressing a press conference at the District Police Office in Wayanad, Lijesh said he decided to surrender after he realised the futility of the Maoist movement. He is married to Rema (name changed) who is still a member of the extremist group.

“I have been operating in the Wayanad area along with my cadres for the past seven years. There is nothing we could gain. I appeal to other members also to surrender,” Lijesh said.

The surrender is a big achievement for the Kerala Police as it is for the first time a Maoist cadre is responding to the surrender and rehabilitation policy announced by the Government in 2018.

As per the rehab policy, the district-level committee will sanction a package according to the category of the surrendered candidate and they will be paid money ranging from Rs. 3 lakh to Rs. 5 lakh depending on the category.

Also there is provision for allotment of houses under housing policy of the Government and payment of a fixed sum for pursuing studies. As per the surrender policy, while heinous crimes committed by the surrendered will continue in Courts, the Government may consider withdrawing cases related to minor offences. It may also provide free legal services and fast track courts may be constituted for speedy trial of cases against the surrendered.