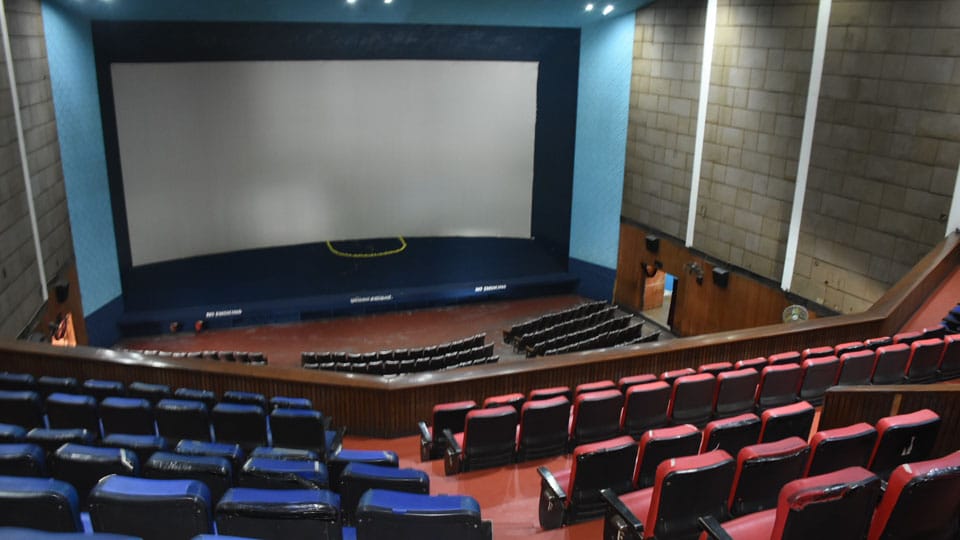 Mysore/Mysuru: The Government’s move on not allowing theatres, cinema and multiplexes to function with full capacity has not gone down well with the film industry stakeholders. They say continuing the 50 percent occupancy rule will deter the producers from releasing new films.

“Certain illogical decisions taken by the Government are killing us daily and our livelihood is at a crossroads,” said M.R. Rajaram, who is also the Vice-President of Karnataka Film Exhibitors Federation. Though many reputed doctors have confirmed that the third wave is milder and do not require hospitalisation, the Government, ill-advised by the so called Technical Advisory Committee has imposed curfews, he added.

Blaming the Technical Advisory Committee for the mess, Rajaram said that in 2020, the cinema industry and theatres functioned for just three weeks and in 2021, it was three months. “The same Government never looks back while imposing taxes on the already overburdened cinema and theatre sector. We have paid all the taxes since the outbreak of the pandemic,” he said.

“In a bar or a pub, people sit face to face and in a bus and train, there is no semblance of social distance. But in theatres, there is a 50 percent rule. Does the virus spread only in theatres,” he questioned. Despite following all SOPs, theatres are being targeted, he alleged.