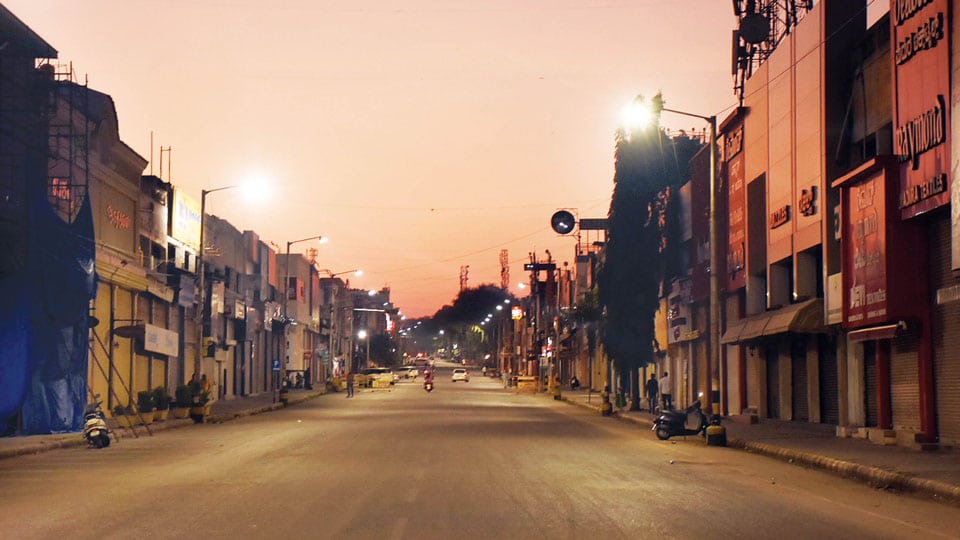 Mysore/Mysuru: The decision of the State Government to lift the night curfew from tomorrow (Jan. 31) has come as a major relief to traders and businessmen of the city, especially the hospitality, travel and tourism sectors dependent on tourist flow and whose survival hinges on the decisions taken by the Government.

Stakeholders from the travel and tourism sector were unhappy when the Government lifted weekend curfew but insisted on the 50 percent occupancy rule. However, they are a relieved lot now as many other restrictions including night curfew will be lifted from tomorrow.

As per the new COVID guidelines, swimming pools and gyms have been allowed to open with 50 percent capacity, while bars and hotels have been opened. Marriage functions are permitted with 200 members indoors and 300 outdoors.

Federation of Organisations and Associations of Mysuru (FOAM) President B.S. Prashanth told SOM that the city businessmen would welcome the Government move to ease curbs as it will pave way for livelihood and will help in the revival of travel and tourism industry.

“In fact, the word ‘curfew’ itself is a deterrent as it creates more and more confusion among the people who venture out doing their routine activities. I appeal to the Government and district authorities not to use the word ‘curfew’ as it has a negative connotation and people will naturally be anxious. With the curbs relaxed, we expect a revival of the tourism industry,” he said.

Mysuru Hotel Owners Association President C. Narayanagowda said that though almost all the sectors have been opened, restrictions continue on cinemas, gyms and marriage halls.

“The Government must understand that all sectors are interlinked. Even after most of the restrictions like the weekend curfew were lifted, hotels in Mysuru have seen only 30 to 40 percent occupancy yesterday and today. People are careful and all SOPs are followed. Moreover, this is a milder version of COVID as pointed out by doctors,” he said.

In Mysuru, there are over 415 hotels and business has been dull since the last two years. “Only occasionally have we reported full occupancy. Over 60,000 people are directly and indirectly dependent on the tourism sector. Revival will not be quick but a slow process. In fact, there were signs of revival in October 2021 but the third wave and the Government restrictions poured cold water on that,” Narayanagowda added.

With the Government relaxing the norms, tourism and travel enquiries have slowly begun in Mysuru, said Mysuru Travels Association President C.A. Jayakumar. “Even I feel that words like ‘curfew’ used by the Government authorities must cease to exist. It discourages people from carrying out their routine activities and it hinders a well-planned tour schedule. People are anxious about returning home on time,”  he said.

“Travel industry has seen 90 percent collapse and now slowly, we are getting some enquiries. I appeal to the Government to allow us to survive and not to bring in more restrictions. The Government must enable the economy to gain traction. We have already suffered enough and we do not want to further suffer due to certain illogical decisions by the Government,” he said.