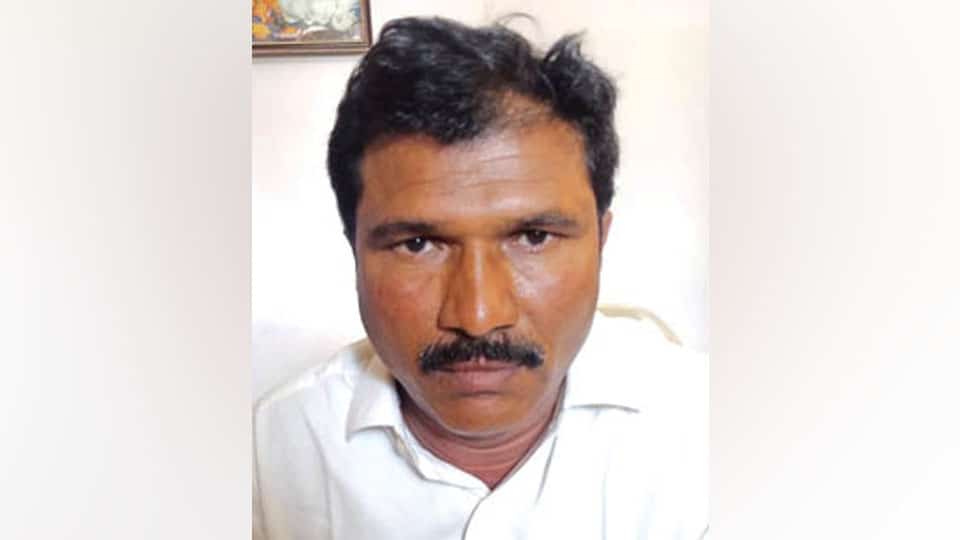 Mysuru: The Secretary of Siddalingapura Gram Panchayat in the taluk was trapped by ACB (Anti Corruption Bureau) sleuths this morning while accepting a bribe of Rs.12,000 from a person for issuing 11B Khata.

M. Marappa, Secretary of Siddalingapura GP, is the one who was trapped. Marappa had allegedly demanded a bribe of Rs.12,000 from one Sheelavathi of Belavata, for issuing a 11B type Khata to her house built in Belavata Survey No.93/29. Later Sheelavathi lodged a complaint with ACB Police.

Marappa was reportedly caught red handed by the ACB Police when he was accepting the demanded bribe of Rs.12,000 from the complaint at the GP office this morning.