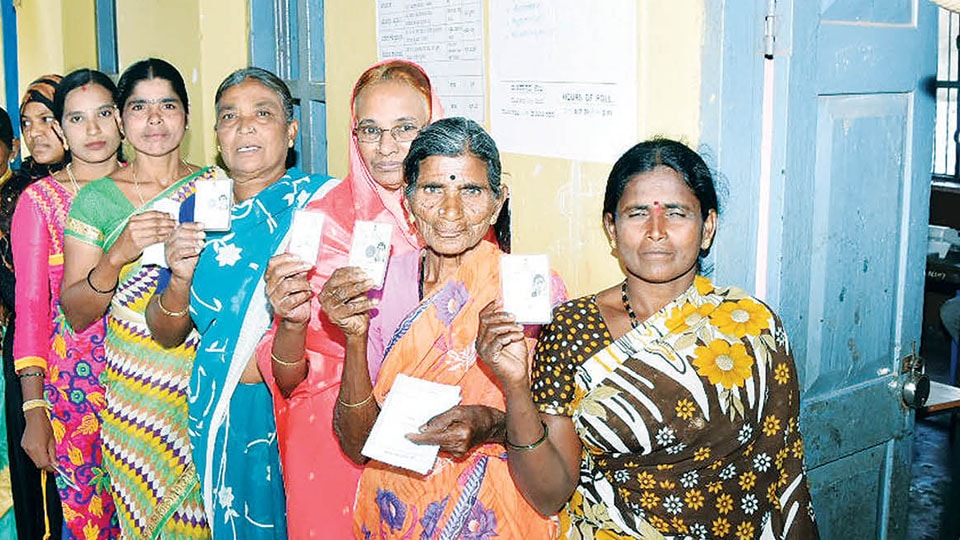 Bengaluru: Amid the nationwide lockdown, the State Election Commission (SEC) on Thursday announced the postponement of Gram Panchayat (GP) elections due to the Novel Coronavirus pandemic.

The term of about 5,800 out of 6,025 Gram Panchayats in the State will end between June and August this year.

In a statement released yesterday, the SEC said that the Commission examined the feasibility of conducting polls to GPs. Considering the current situation as ‘exceptional circumstance,’ it has been decided to temporarily postpone the elections to GPs.

Last week, the SEC had sought the opinion of all DCs on conducting polls. The DCs in turn had told the Commission that the personnel in the districts were engaged in battling COVID-19 and thus there was shortage of staff. Also there are transportation and logistical issues due to lockdown curbs and there could be problems in maintaining Law and Order if the polls were to be held now, it is learnt.

Based on the DCs reports and taking into consideration the prevailing situation, the SEC decided to postpone the polls.

Opposition leader Siddharamaiah has taken strong objection to the State Election Commission’s decision to postpone the polls. In a series of tweets under the caption ‘Save Panchayat Raj’ on Thursday, Siddharamaiah said that the postponement goes against the Karnataka Panchayat Raj Act of 1993.