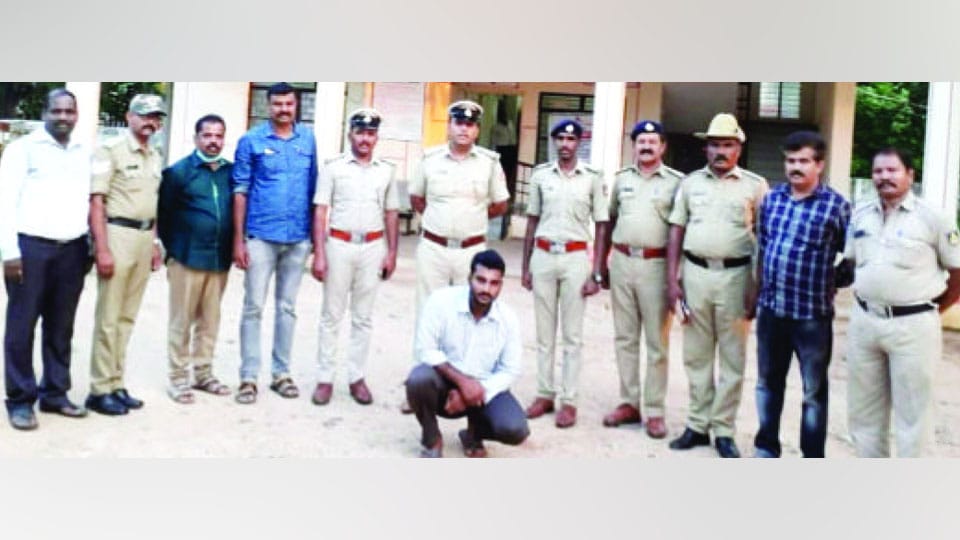 Mysore/Mysuru: Police have arrested the accused in a double murder case that had taken place near Kote Hundi Gate in Jayapura Hobli recently. The arrested is Yogesh, a resident of Kote Hundi.

Yogesh had murdered T. Manjunath and R. Manjunath of Yadahalli village near Kote Hundi recently over petty reasons and had gone absconding. A case was registered at Jayapura Police Station in this regard.

Mysuru Rural Circle Inspector Jeevan and staff, who conducted an operation under the guidance of the Superintendent of Police (SP), finally arrested accused Yogesh near the LIC Office in Bannimantap.