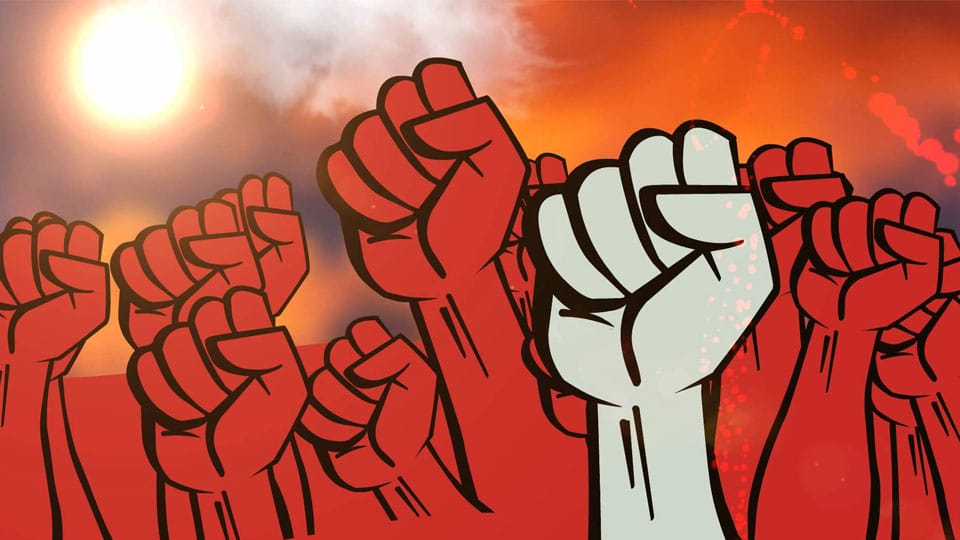 Mysuru:  Seeking fulfilment of their various demands, over a hundred Gram Panchayat (GP) employees, under the banner of CITU-affiliated Karnataka State Gram Panchayat Employees Association, staged a demonstration in front of the Zilla Panchayat (ZP) office here this morning.

Claiming that the Government owed Rs.830 crore as wages to over 61,000 GP employees of the State over the past one year, the protesting GP employees demanded immediate release of wage dues, monetary benefits upon retirement, promotion to bill collectors and inclusion of less qualified GP employees under EFMS scheme, among others.

Earlier, the protesters marched in a procession from Gun House Circle to the ZP office, passing through Chamaraja Double Road, Ramaswamy Circle and Jayalakshmi Vilas Road.