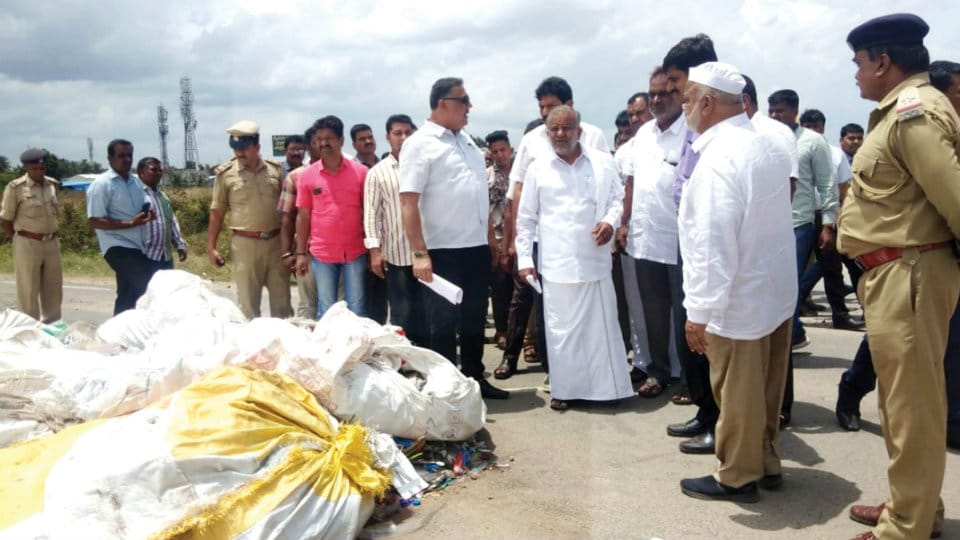 Mysuru: District Minister G.T. Devegowda who continued his whirlwind visit of city, reached the Jodi Tenginamara Road in N.R. Constituency, where there is lot of movement of trucks and lorries carrying materials from the Railway Good Terminal.

MLA Tanveer Sait, who accompanied the Minister, told the Minister about the problems being faced by the truck and lorry owners, as the two-furlong stretch of a public road has been blocked by the Railways near the Ring Road on the Hazrath Gumnam Shahwali Dargah Road at Bannimantap that provides a direct connection between Railway Goods Shed and the Ring Road. As the road is blocked, trucks are using Jodi Tenginamara Road leading to frequent accidents on that stretch due to the constant movement of heavy vehicles.

GTD said that he would speak to the Minister of State Railways, Suresh Angadi, who is also from Karnataka and try to see that the Railways will remove the block at the earliest.