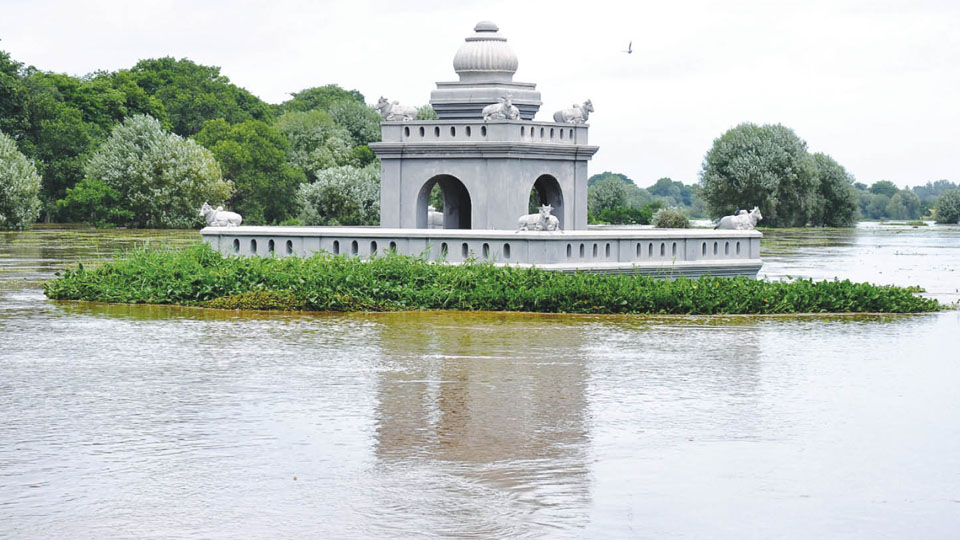 Nanjangud/ H.D. Kote: River Kapila in spate has caused floods in the areas around the famous Srikanteshwaraswamy Temple in Nanjangud yesterday. The flood waters have entered the Lord Parashurama Temple on the riverbanks and nearby fields.

The Snana Ghatta (bathing point for devotees) has been flooded and people were seen wading through knee deep waters to cross the road which leads to the main temple. Even places like Hadinaru Kaalu Mantapa, Sopana Katte, Mudikatte and surrounding areas have either fully submerged or partially under water.

The floods are likely to recede with the decrease in the inflow into the Kabini reservoir from where water is being released into the Kapila. Kapila River joins the Cauvery at Sangam in T. Narasipur.

Kabini Dam Assistant Executive Engineer Mariswamy said that rain in the dam’s catchment area at Wayanad in Kerala has abated and therefore the inflow into the dam had come down. As of now, 35,000 cusecs of water is being released from the Kabini dam, he added. 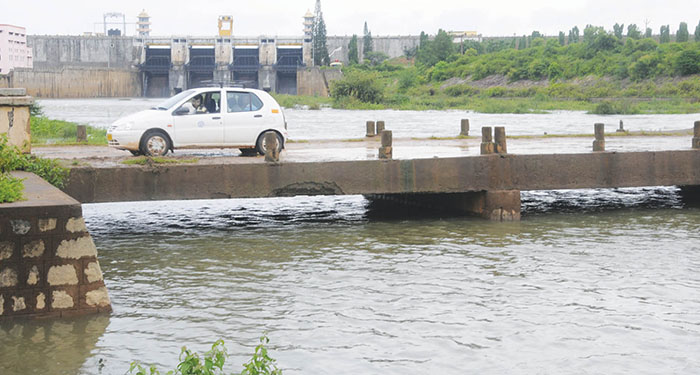 The small bridge in the downstream of the Kabini Dam in H.D. Kote taluk which is now submerged.

Meanwhile, the entire Kabini Dam premises in H.D. Kote Taluk are under water. Water is being released from the four crest gates and the small bridge in the downstream of the Dam is submerged. Vehicular movement between N. Begur and Handpost is disrupted as the road is submerged at places.

Villagers told Star of Mysore that whenever water is released from Kabini, they face flooding problem. As the bridge downstream is submerged, links with several villages have been cut off. Villagers alleged that since years they have been demanding the construction of a new bridge but the Government has not responded.

However, Kabini Executive Engineer Jagadeesh said that a proposal to build a new bridge at an estimated cost of Rs.20 crore has been submitted to the Government for approval.