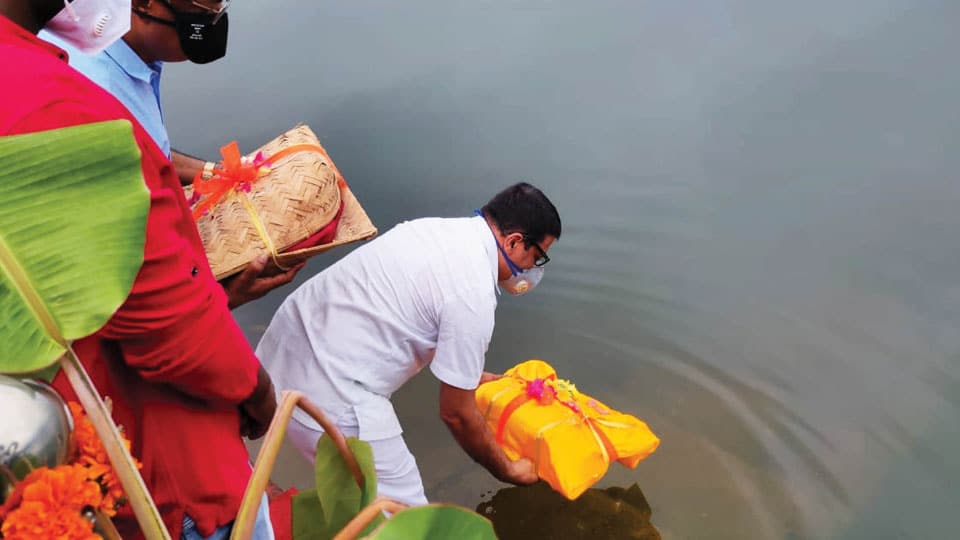 Kushalnagar: Following copious rains across Kodagu district, the Harangi reservoir is almost full. The dam is two feet short of reaching its maximum level of 2,859 feet at 2,857 feet this morning.

Before the crest gates were opened, Madikeri MLA M.P.  Appachu Ranjan offered ‘Bagina’ to River Cauvery after performing puja to the statue of River Cauvery located at the base of the reservoir this morning.

This reservoir is the main source of water for KRS dam in Mandya district. Irrigation Department Executive Engineer Rajendra said that water from the Harangi reservoir is now being released intothe river.

Experts opine that this is probably due to growth of vegetation at the areas of landslides, which had caused heavy damage in the region, last year.

The Harangi Dam can hold 8.5 TMC of water.