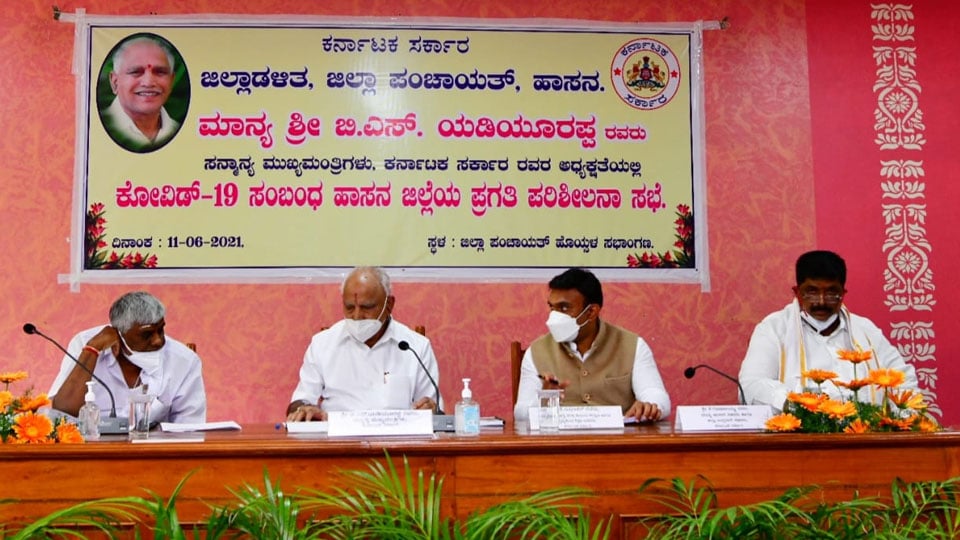 Hassan Airport construction will be taken up soon: BSY

Speaking to press persons at the helipad in Hassan, he said his Government would take up the project that former Prime Minister H.D. Deve Gowda wanted. “We will discuss how to implement it and start the work soon,” he said.

The Chief Minister visited Hassan to review COVID-19 situation in the district, where the positivity rate is high compared to several other districts in the State.

“I will review the situation and take up measures necessary to bring down the cases. Tomorrow, I will be reviewing the situation in Shivamogga,” he said.

Reacting to JD(S) leader H.D. Revanna’s comment that the State and Central Governments were responsible for COVID-19 deaths, the CM said he (Revanna) should not make such irresponsible statements.