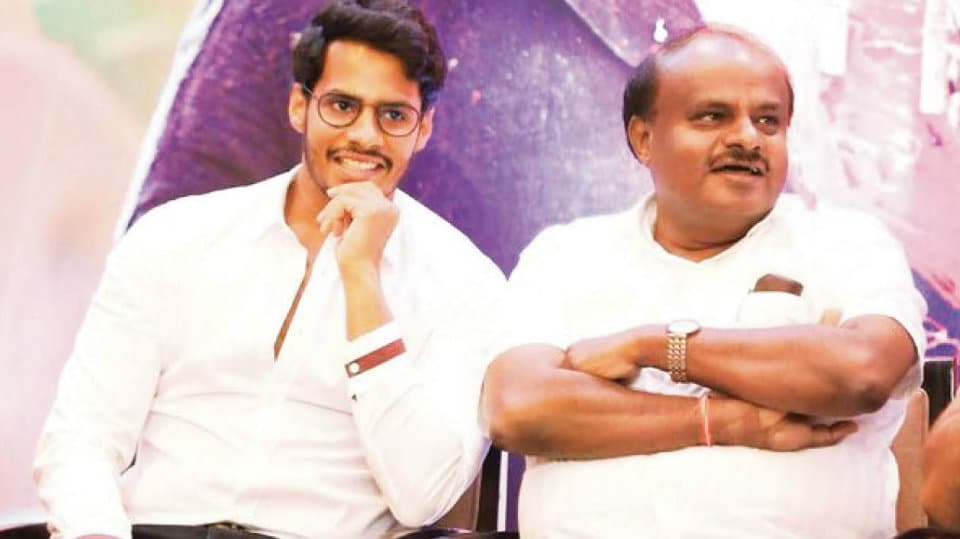 Bengaluru: Strongly defending his decision to introduce his son Nikhil Kumaraswamy to politics as Janata Dal (Secular) candidate from party bastion Mandya, Chief Minister H.D. Kumaraswamy (HDK) yesterday said that he was not the first person who had set such trend to project a family member in the State and the electoral history will speak for itself.

Kumaraswamy, who appeared upset over developments surrounding his son’s candidature from Mandya, charged that there was a systematic campaign against Nikhil’s candidature. Ever since HDK and his father JD(S) supremo H.D. Deve Gowda announced the party’s decision to field Nikhil from Mandya, the actor has been attracting trolls on social media.

A group has even launched ‘Go Back Nikhil’ campaign, sharing memes through various social media platforms following which Nikhil has been stuck with the “outsider” tag. Speaking to newsmen, HDK said there were hundreds of examples wherein several political leaders mentored and introduced their sons and siblings into politics, beyond their home districts.

“There are for and against views in all constituencies. Several leaders have contested from constituencies which they had no familiarity with. They hail from a particular constituency, but have contested and won from a different constituency. For instance, BJP’s D.V. Sadananda Gowda hails from Mangaluru, but he is now an MP from Bangalore North. B.S. Yeddyurappa is from Mandya, but he is doing politics in Shivamogga. I was born in Hassan, but I represent Ramanagaram. Anybody can contest from anywhere. However, I know there is a systematic campaign, though there is no opposition in Mandya,” he added.

Defending his decision to field his son Nikhil from Mandya, he said that “Nikhil has shown interest to contest from Mandya as per the wishes of the voters in the district.” HDK said that people of Mandya knew about his family for years and his family would never “misuse” the love and affection of the people of Mandya. “We have had this bond for several years now. It is the people who will decide — not leaders of any party,” he added. The CM said those who were active on social media more often than not abstained from venturing out and exercising their franchise.

He indirectly clarified that there is no going back on the decision. “A decision has been taken and we will go before the people,” he said. Asked about the seat sharing agreement between Congress and JD(S), HDK said both the parties will reach an amicable decision soon.