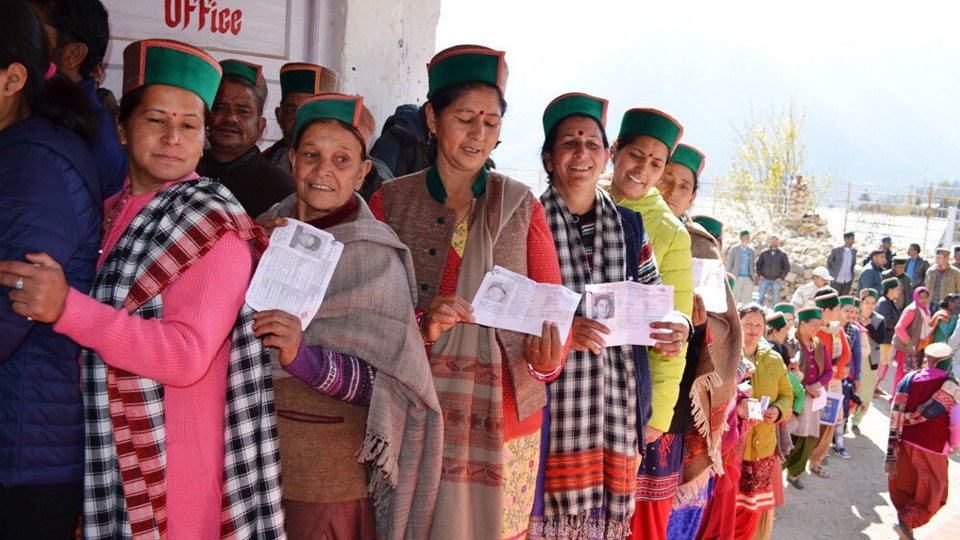 Shimla: Over 28 percent polling was recorded till 12 noon today in the ongoing Assembly Polls at Himachal Pradesh. Arch rivals BJP and the Congress are vying for power in the Hill State.

Polling is being held for all 68 constituencies with 337 candidates in the fray. Among the candidates are 62 MLAs and over a dozen former ministers who are seeking re-election into the Assembly.