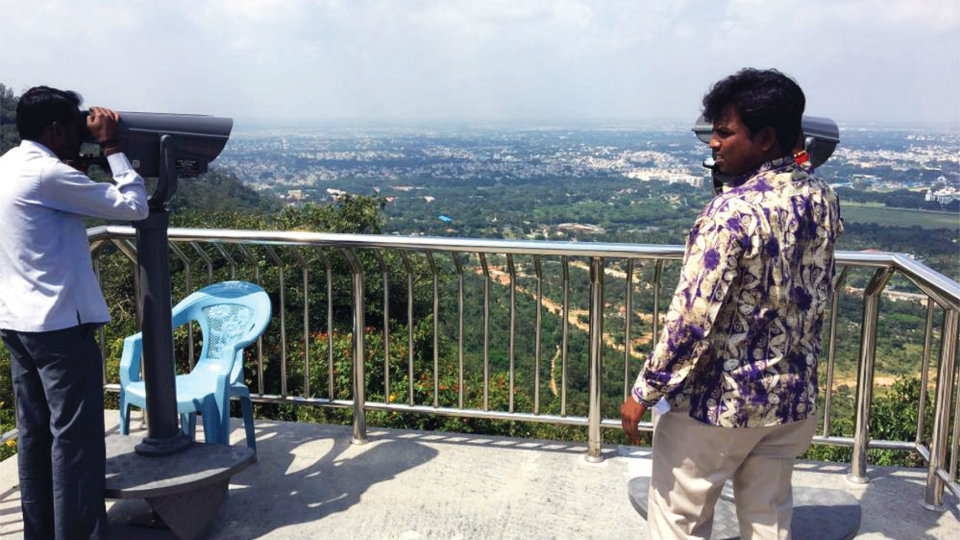 Mysuru: Following good response from tourists and devotees to enjoy the city’s panoramic view through a high-definition binocular installed at the View Point at the junction of the roads leading to the iconic Nandi statue and the Temple atop Chamundi Hill, another high-definition binocular has been installed at the same View Point to ease the rush.

The second binocular was installed at the same spot following suggestions by some visitors to Deputy Commissioner D. Randeep to avoid rush and also to construct a guard room for the staff manning the View Point. 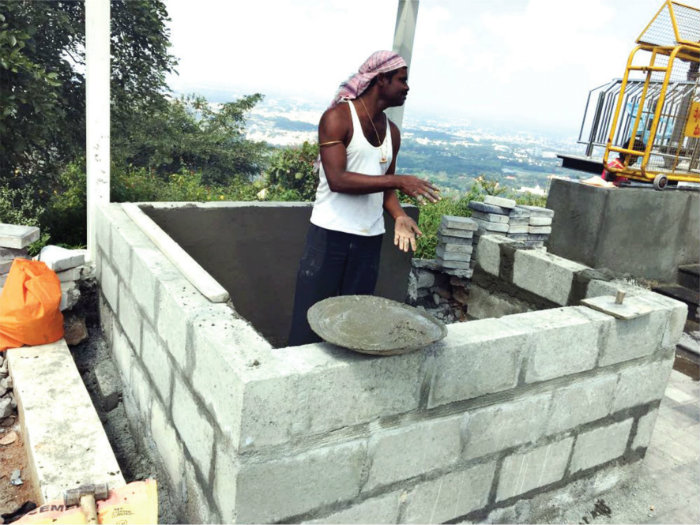 The District Administration has constructed special protruding platforms at the two View Points on way to the Hill. While one View Point has been set up at the junction between Nandi Statue Road and the Chamundi Hill Road, the other View Point has been developed near the WELCOME sign on the same stretch.

Rupees twenty is being charged for viewing the city through the binocular where a coin is given to the viewer once he pays the money. Once the coin is inserted, the binocular screen opens from where the viewer can see the city for two minutes. After the prescribed time, the screen closes.

The demand is especially for night viewing of the city’s stunning heritage structures.