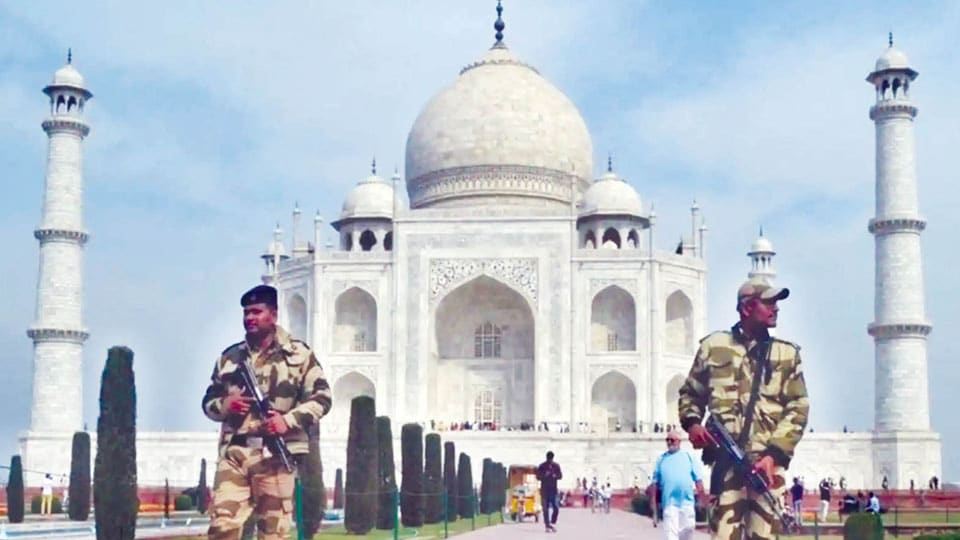 Agra: The world-famous Taj Mahal in Uttar Pradesh’s Agra was shut temporarily and tourists were evacuated after an unidentified person called the 112 emergency response number of the UP Police at around 9 am today and claimed that a bomb was kept inside the monument.

Security agencies, including the UP Police and Central Industrial Security Force (CISF), which are deployed there, are conducting anti-sabotage checks following the bomb threat. “As per protocol, our bomb squad and other teams conducted a thorough search of the premises. So far, our field units haven’t given any information of such an item being found,” said A. Satish Ganesh, Inspector General, Agra.

“I’d like to assure everyone that 99 percent it is a hoax call. But we are following the drill.” The bomb threat call has been traced to Firozabad in Uttar Pradesh, another officer said.

As a precautionary measure, tourists present inside the historic monument were immediately evacuated a little after 11 am. In the past too, an unidentified caller had said there was a bomb at the Taj Mahal. The Taj Mahal was reopened for tourists last September with strict Coronavirus safety guidelines after being shut for tourists for over six months. It had been closed since Mar. 17, 2020 due to the pandemic. Taj Mahal receives around 70-80 lakh visitors each year.