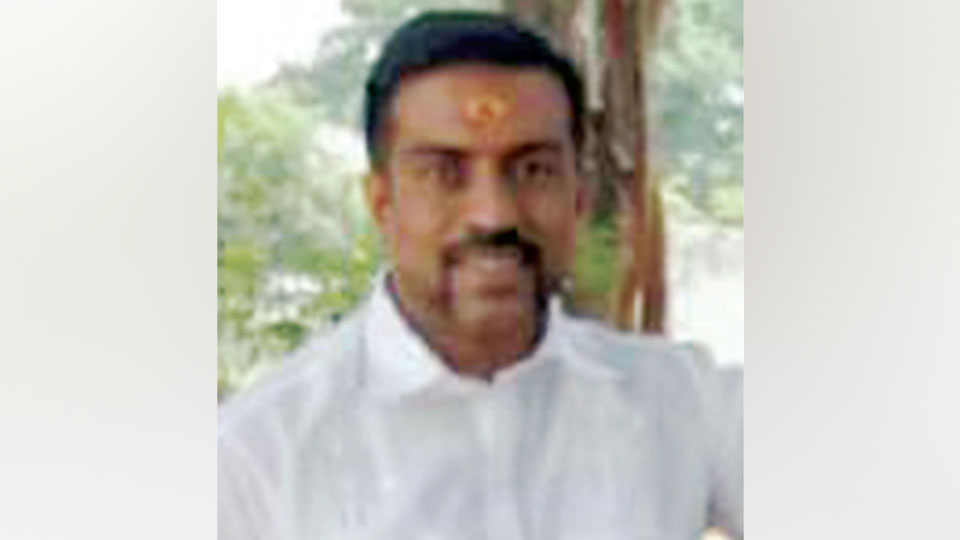 Mysuru: The Sixth Additional District and Sessions Court is all set to pronounce the judgement in a rape case where a politician, masquerading as a VIP, had allegedly raped a minor in 2014.

The judgement will be pronounced today at 3 pm and the accused here is K.J. Mahesh Gowda who has the habit of being in the limelight by posing for photos with important personalities. He projected himself as an influential person by posting photos on social media with senior Police officers and even dressing up as Police Inspector — ‘Singham style.’

After dodging the Judgement Day for seven times, Mahesh Gowda finally surrendered before the Court last evening and he was accompanied by his advocates Dikkannanavar and Shivaswamy. Hearing the accused, the Court sent him to Judicial custody for a day and the Judge Vijayakumar M. Pauthi said that he would deliver the verdict today.

Mahesh Gowda, who was the President of Mysuru District BSR Congress, was accused of raping a minor and the girl had delivered a child and even the DNA tests have proved that it is Mahesh Gowda’s child.

The rape case was reported in 2014 and Mahesh faces charges under provisions of the IPC and Protection of Children from Sexual Offences Act. Vidyaranyapuram Police had filed a chargesheet against him. In her statement, the victim had told the Police that Mahesh Gowda, then 28 years old, repeatedly raped her and her parents encouraged it as he was bailing out the family financially.

The case was heard and the trial was completed sometime back. On Dec.13, the Judge issued a proclamation order against the accused as he had continuously abstained from the Court for the seventh time, hampering judgement delivery. The Judge then adjourned the hearing to Dec.21 and at the same time, declared him as a proclaimed offender.

The judgement was first reserved on Nov. 23 but Mahesh Gowda’s counsel petitioned the Court that his client could not attend the hearing because he was hospitalised in Bengaluru and the Court adjourned the hearing to Nov. 29. As Mahesh and his counsel didn’t turn up, the Judge issued a warrant after posting the hearing to Dec. 4. However, the judgement was again deferred to Dec. 6, Dec. 11, Dec. 13 and Dec. 16 as Mahesh Gowda remained absconding.

Special Public Prosecutor (SPP) B.C. Shivarudra Swamy claimed the forensic science report is pointing fingers at Mahesh as being the father of the baby girl following a DNA test and he might have avoided the Court so far fearing he would be proven guilty.

Mahesh Gowda Rape accused
‘You will be in jail permanently if I am jailed even for a day,’ GTD tells CM
Work on Mysuru-Bengaluru Highway upgradation to begin in January