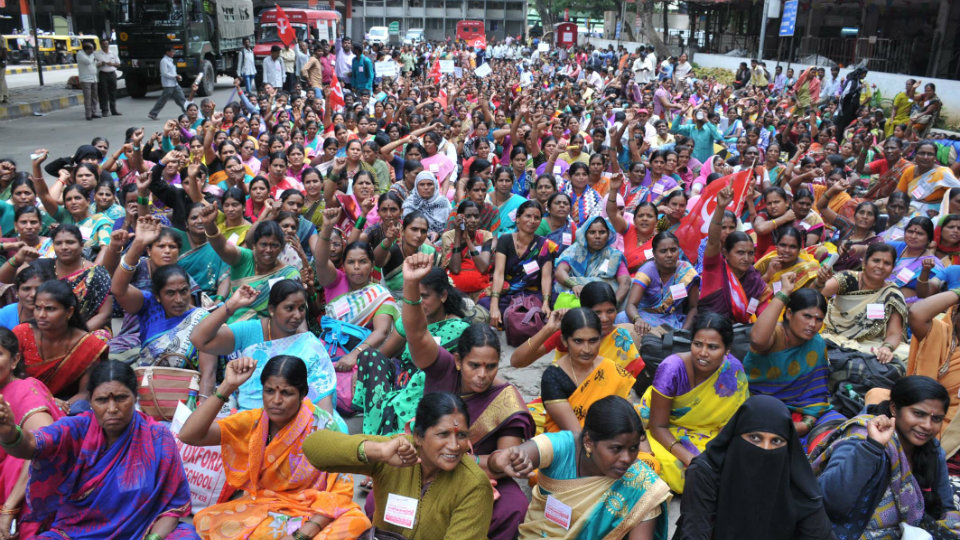 The protestors were also scheduled to take out a rally from Freedom Park to Vidhana Soudha pressing for fulfilment of their demands.