Home » Voice of The Reader » Gen. Rawat Vs Gen. Dyer: A comparison 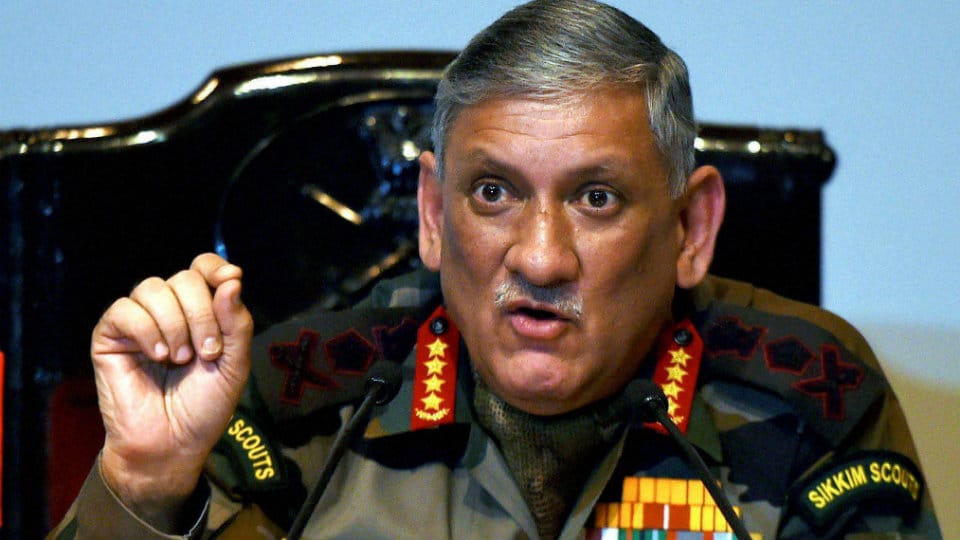 For the academician who compared the above mentioned two Generals and the activists who supported his view, my request to them is to read history lesson 101.

According to text books, during the First World War, Indian National Congress not only slowed down its agitation for independence but supported the British in its war efforts sacrificing a large number of Indian soldiers beyond our borders. At the end of the war, the losing empires got broken up into many independent countries. Similarly, the Indian citizens were also hoping to get some kind of home rule in India.

Yet, India got a “Hesarige thakka” Montagu-Chelmsford Reforms and when this resulted in some agitation in Punjab, a more draconian Rowlatt Act was imposed. On 13th of April, 1919, the day of “Baisakhi,” a large number of villagers had gathered at the walled garden at Jallianwala in Amritsar without the knowledge of the Act (which prohibited gathering of people).

The Commanding Officer Brigadier General Reginald Dyer sent his soldiers in armed vehicles, blocked the entrance and using the garden’s wall as the shield, shot innocent people without warning. Altogether 1,650 rounds were used and as per official record, more than 1,500 were hurt of which, according to unofficial records, more than 1000 people died! Gen. Dyer was not only not remorseful but boasted “Not a single bullet was wasted!”

Now compare this with Gen. Bipin Rawat’s action. He did not shoot at a single innocent person. Instead, he saved the lives of innocent civilian Election Officers from stone-throwing terrorists.

Now you be the judge.

Note: It is this kind of despicable academicians, with skewed idea on subjects about which they have no special knowledge, who play a catalytic role in helping a country’s enemy, both within and without. Go back to the days of Mauryan history ending with Ashoka, you would know why original Hindu India got diluted and destabilised enabling foreign marauders and war-lords to subjugate the whole of, what RSS calls, ‘Akhand Bharat’ for many centuries till we got the ‘Akhand Bharat’ truncated and then got Independence in 1947.