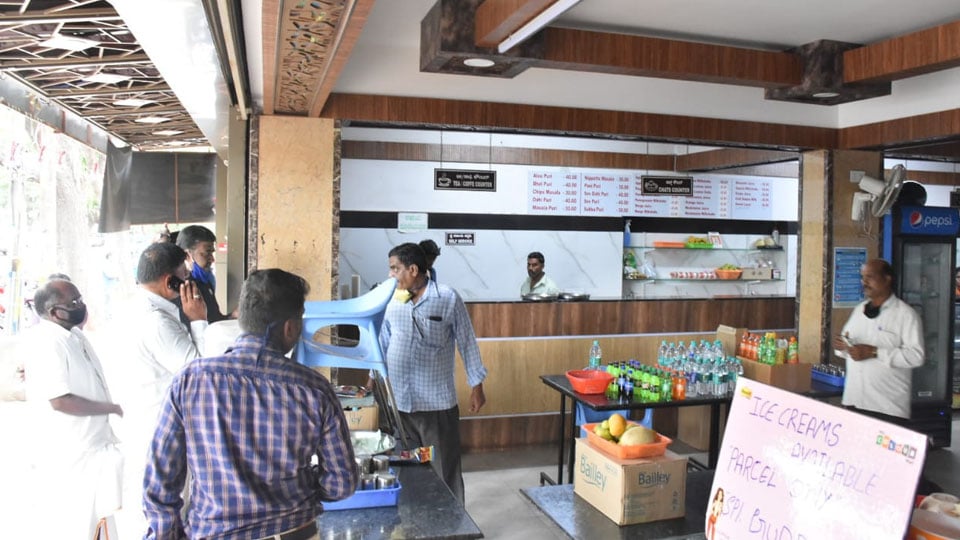 Bengaluru/Mysuru: Good news for devotees in Karnataka as the State Government has decided that all Temples, Churches and Mosques will re-open from June 1. Similarly, the State will also allow restaurants and hotels, gymnasiums and fitness clubs to re-open. However, the final decision regarding these steps will rest on the guidelines released by the Centre at the end of May.

The decision to re-open hotels and places of worship came after a Cabinet meeting held yesterday where all the Ministers were of the unanimous opinion that hotels, gyms and temples must be open according to guidelines.

“Temples will open from June 1, but totally, it needs permission from the Prime Minister. I have written to him and I am expecting that permission will be given,” Yediyurappa told reporters yesterday. “And if Temples are allowed, then Mosques and Churches will also open. The law is the same for all.”

The CM made a case for hotels and restaurants to open by pointing out that people from other States were coming in large numbers. “Hundreds and thousands of people are coming from outside. Without hotels, they won’t have food and rooms. I’ve written to the PM about this. As soon as we get permission, we will open hotels,” he said.

Hoteliers, however, are keeping their fingers crossed as the Centre has to issue guidelines. They want even tourist destinations to open from June 1. “Apart from regular customers, most of the hotels in Mysuru survive on tourism, travel and hospitality sector. What is the point in opening hotels and keeping tourist destinations closed? Tourism must be allowed and of course, all COVID-19 precautions must be taken,” said Mysuru Hotel Owners Association President C. Narayanagowda.

Sources said that the hoteliers are apprehensive about the guidelines if at all they are allowed to open from June 1. “We do not know what type of guidelines the Centre will issue. If the guidelines are strict like there should be only one person per table, compulsory closing at 7 pm and others, it will not be feasible. All businesses and companies are allowed to conduct business and we too should be allowed,” sources from Hotel Association said.

Hoteliers insist that as it is the industry is crippled and the Centre’s guidelines must not cripple them further. “Rules and restrictions for an extent is fine. If there are too many restrictions, even food items will be costlier. We will wait for the guidelines and then decide on the future course of action,” sources added.