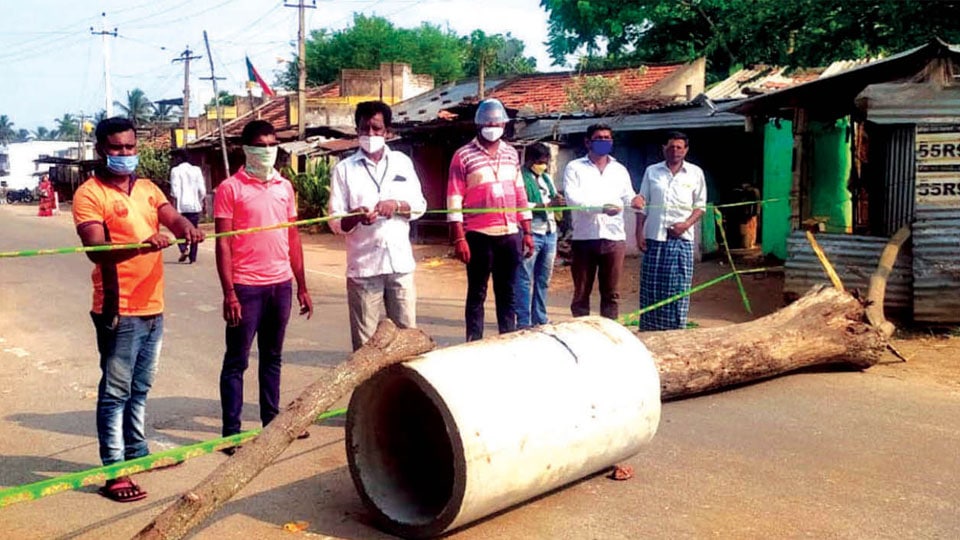 Mandya: With the district witnessing a sudden surge in COVID cases and a rise in the number of deaths, the Mandya district administration has started seal-down of villages, which have turned out as Corona Hotspots in the past couple of days.

The seal-down of Hotspot villages has started in Mandya, Srirangapatna and Pandavapura taluks, which are the worst affected in the district. The respective taluk administration after sealing down the villages, have declared them as Containment Zones.

Keelara, Basaralu, Huliwana, Kottathi, Soonaganahalli and Holalu villages in Mandya taluk, Arakere in Srirangapatna taluk and several villages in Pandavapura taluk which reported a high number of COVID-19 positive cases, have been sealed down so far.

Mandya Tahsildar Chandrashekar Shangali said that 8 villages in Mandya taluk have been sealed so far  and declared as Containment Zones. Pointing out that the taluk administration will supply essentials to areas declared as Containment Zone, he said that a task-force has been formed to ensure essential supplies and to monitor compliance of  COVID -19 safety and precautionary measures. Also, COVID War Rooms have been set up, he added.