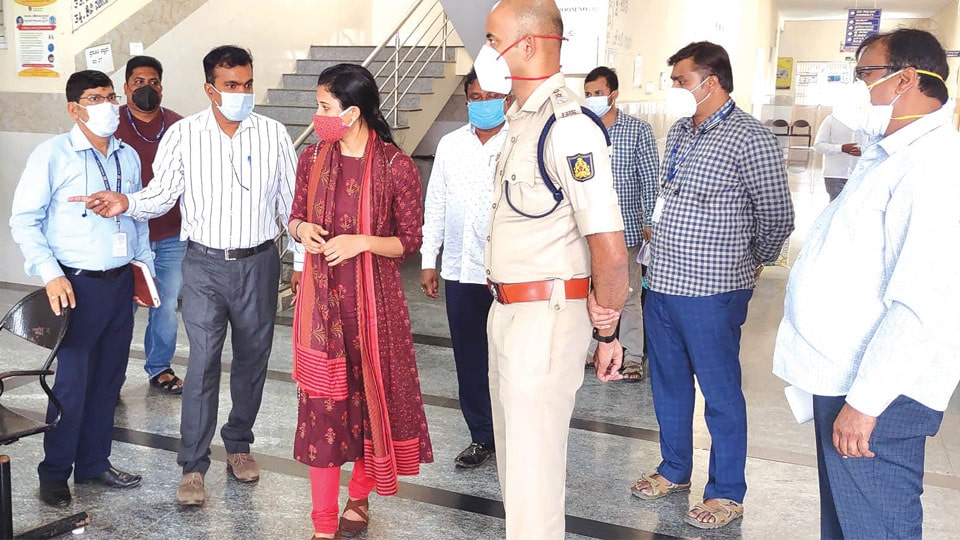 Speaking to presspersons after reviewing the measures taken for control of the spread of the virus at the Taluk Hospital here recently, Rohini Sindhuri said that it is alarming to note that the taluk has been reporting the highest number of cases in the district. Highlighting the immediate need for infrastructure improvement at the Hospital for the treatment of the deadly virus, the DC suggested setting up of COVID Care Centres at Hobli-level in order to check the spread of the virus.

Asserting that Mysuru district has topped the country in COVID vaccination, she said that all eligible people must get vaccinated in order to be safe. Maintaining that getting vaccinated will help in decreasing the intensity of the attack, the DC said that T. Narasipur taluk has recorded  over 70 percent vaccination drive so far, which is a good sign.

Reacting to complaints that a garment factory in the town was violating COVID guidelines, she warned that the factory will be shut if more than five cases of violations are registered.

SP C.B. Ryshyanth said that based on the district administration’s direction, Kodagahalli village in the taluk has been declared as a Containment Zone. Pointing out that the villagers have been asked not to venture out, he said that the village is being made into a no-traffic zone on the lines of Nanjangud last year. Stating that 150 two-wheelers found unnecessarily travelling on roads leading to the village have been seized so far, he said that more than 250 people have been penalised for not wearing mask. The SP  warned of registering cases against those found loitering  in the Containment Zone for no reason.