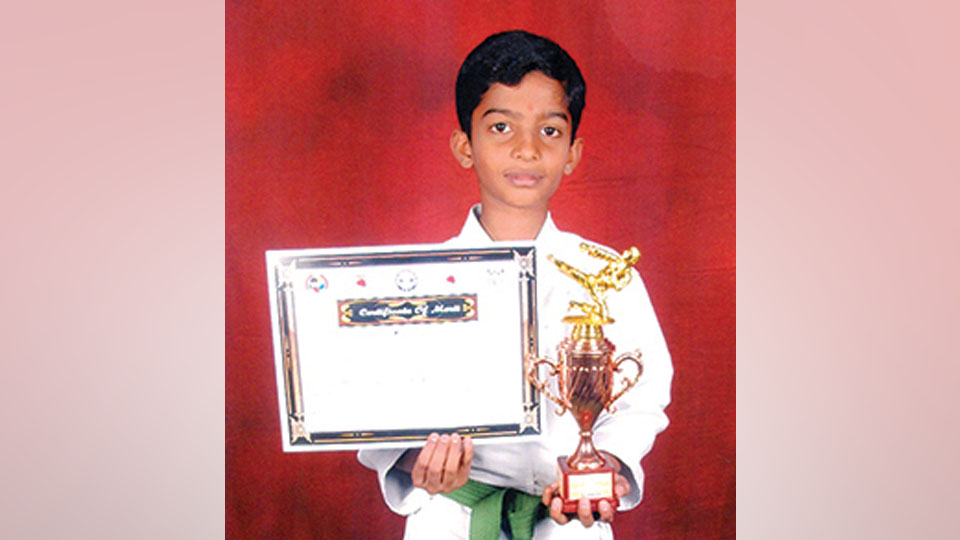 Hruday, a student of Flos Carmeli Convent in city, excelled in the recently held 1st South Zone Budo Martial Arts Championship at Hubballi by winning a silver medal in U12 Kata category. He also won the bronze medal in Kumite during the 2nd National Open Karate Championship 2017 held at Tumakuru recently.

Hruday is the son of S. Shobha and L. Prabhakar, district document writers, resident of Kalpavrukshanagar in city.