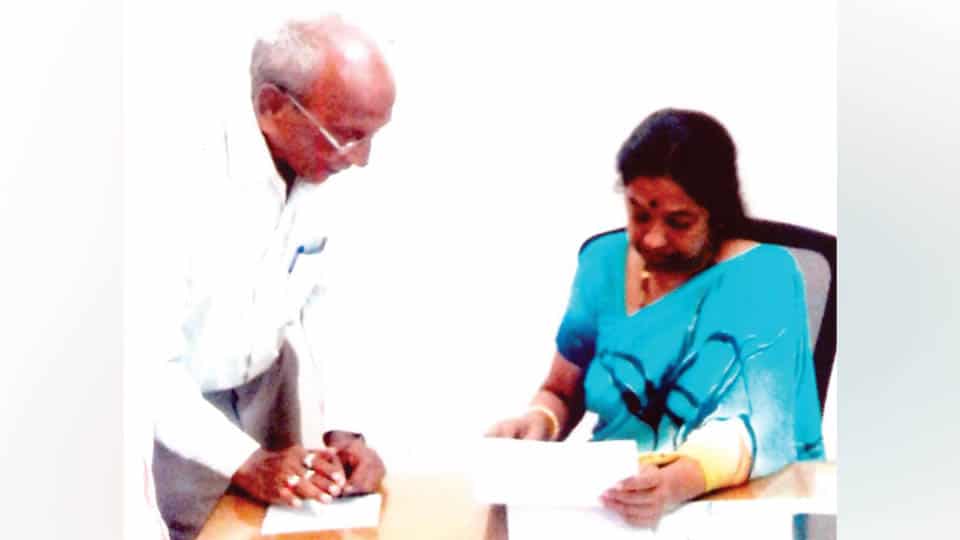 In a letter addressed to the Minister for Sugar Industry and Cooperation, Dr. Geetha  Mahadevaprasad, Forum Secretary R.M. Chetty has asked her to approach the Chief Minister on their behalf to take up the following issues:

One is the enhancement of Old Age Pension from the current Rs.500 per month to Rs. 1,000 per month due to the poor economic conditions of the elders.

“This measure of enhancing the pension amount will be in line with the ones given to the senior citizens in Andhra Pradesh and Telengana,” he has stated in the letter.

The other is to consider 58 years age for women to avail KSRTC bus travel concession given to senior citizens, just as in the case of Rail travel where women aged 58 years and above are eligible for concession, he said.

Speaking to Star of Mysore, Chetty said that the Forum had written to the CM last year appealing him to lower the age for women from 60 years to 58 years to avail concession facilities for travelling in KSRTC buses. “Since nothing has been done in this regard so far, we have appealed to the CM again through the Minister,” he said.