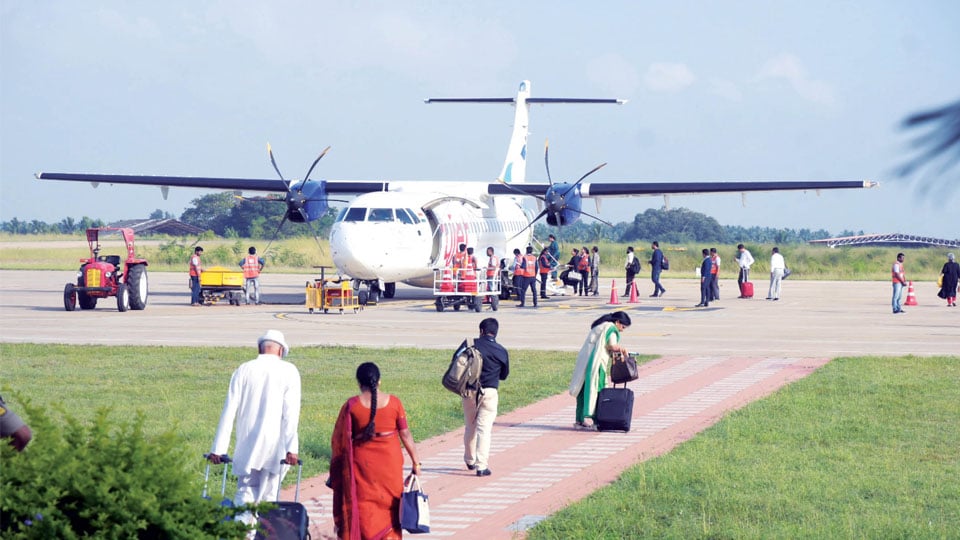 Hubballi-Mysuru triweekly Indigo flight from May 3

Hubballi: Union Minister Prahlad Joshi had appealed to IndiGo airlines to begin flight services from Hubballi to Mangaluru and Mysuru. The airlines, responding to the request of Joshi, will begin the said flight service from May 1.

It will be four days in a week from Hubballi to Mangaluru and three days in a week to Mysuru from May 3. This information was provided in a press release by the Union Minister’s office.

Prahlad Joshi said in a tweet, “The Union Government has developed Hubballi Airport into a well-equipped facility. There was a need to have flight services from Hubballi to Mysuru and Mangaluru. Now this demand is being fulfilled.”

Joshi also thanked Union Minister for Civil Aviation Jyotiraditya Scindia and Management of Indigo Airlines who responded to his appeal and made service of flight available.