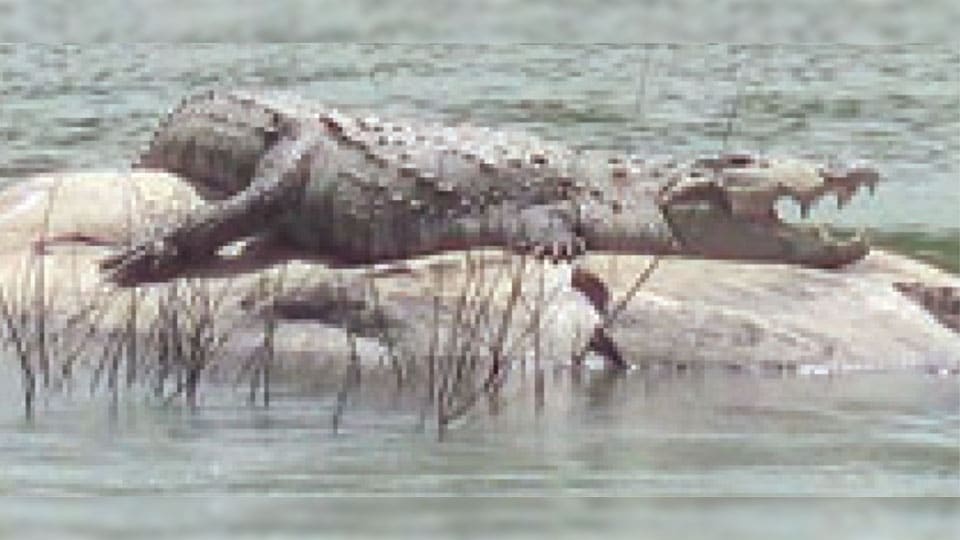 Bylakuppe: A huge crocodile appearing in Cauvery River near Koppa Gate on B.M. Road bordering Kodagu has created panic among the villagers in the surroundings.

Villagers were shocked to see the crocodile basking in the sun on a rock in the river yesterday afternoon, as womenfolk of many villages in the surroundings go to the river to wash clothes while men go to take bath.

Traffic on the road was disrupted following people parking their vehicles on the road to have a glimpse of the crocodile.

While some villagers expressed shock, others said that this was not the first time that crocodiles have appeared in the river.

Cheluvaraj, a local resident, said that crocodiles are appearing now and then since few days in the river and urged the Forest Department to take steps at the earliest as women and children go to the river frequently.