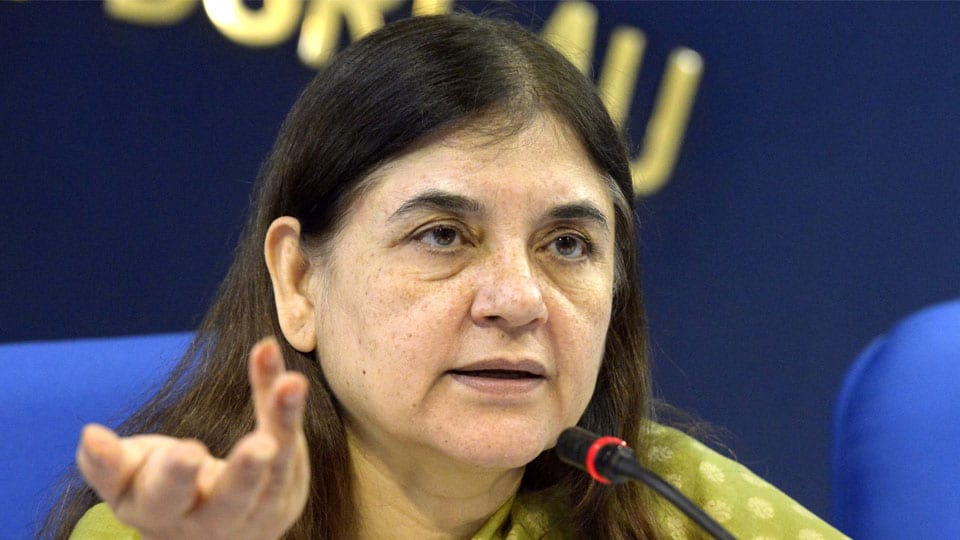 New Delhi: Union Minister for Women and Child Development Maneka Gandhi has written to the Heads of Schools in the country, advising them to keep a watch on students indulging in the online game ‘Blue Whale Challenge.’

Maneka Gandhi, who writes a weekly column Pet Talk in Star of Mysore on Wednesdays, has said that the game has proved to be inimical to children’s interest, leading to suicides in many cases. “It is our responsibility to look into such tendencies,” she said in a letter sent to the schools.

The Minister’s letter, dated Aug. 31, said she has appealed to the Information Technology Department to make available all tools needed to block the game online. The letter also asked the schools to create awareness among teachers and students on the ill-effects the game can have on young minds.

Stating that schools must keep a constant vigil on children showing abnormal behaviour, the letter also advised to take the services of ‘1098’ Helpline.

When SOM contacted the DDPI Office and some schools in Mysuru, the authorities said that they had not received any communication in this regard.