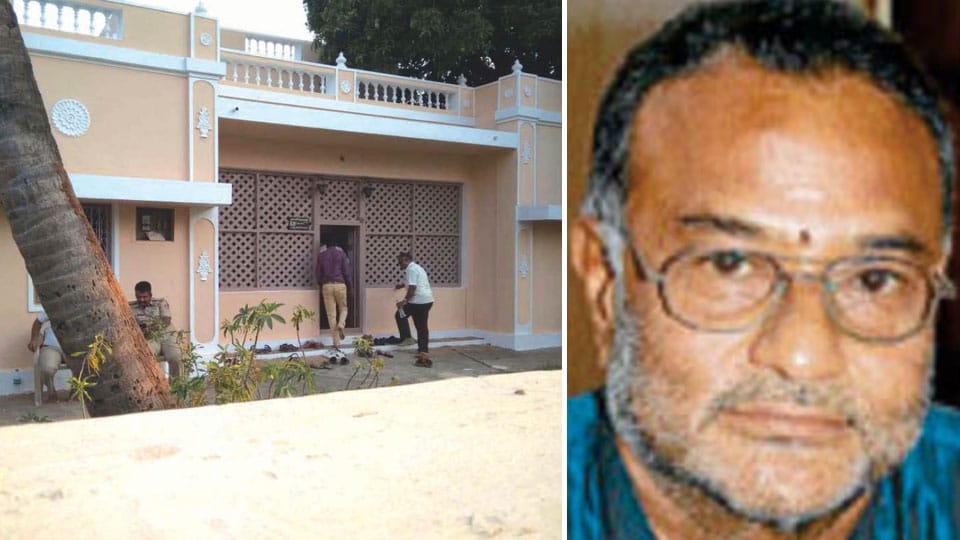 Mandya: A week after the Income-Tax Department conducted raids on top JD(S) leaders from Mandya and Hassan, the I-T sleuths on Wednesday raided the house of Mandya District Congress President and former Minister M.S. Atmananda.

A team of about ten I-T officials acting on a tip off that preparations were on for distribution of cash to party workers, swooped down on Atmananda’s house at Subashnagar yesterday afternoon. They closed the gates and questioned Atmananda and his family members on the source of their income, it is learnt.

The I-T officials seized Rs. 10 lakh unaccounted cash and some documents from his house and later served him a notice, according to sources.

As news of the I-T raid spread, Atmananda’s supporters gathered near his house in protest against the raid.