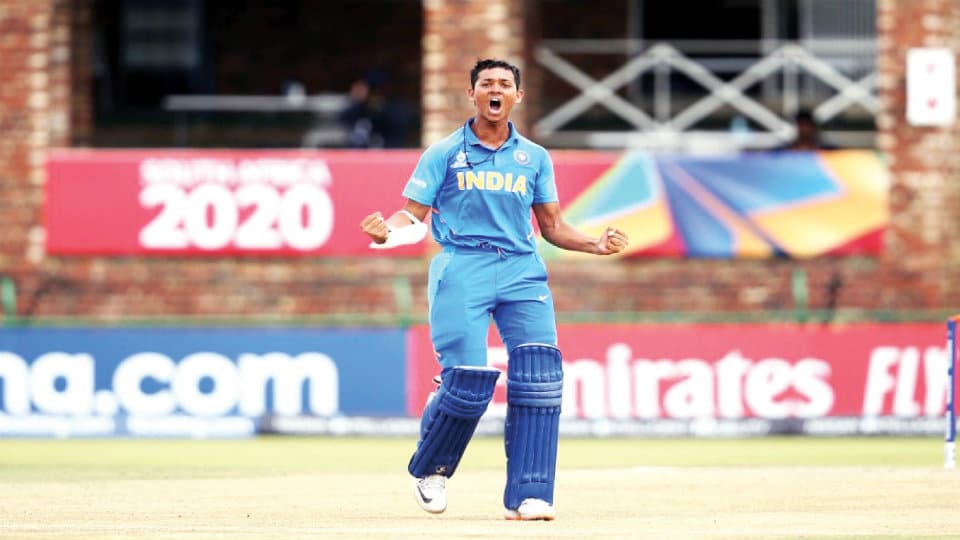 India defeated Pakistan by 10 wickets to storm into their third successive final in the Under-19 Cricket World Cup. India will now play the winner of the second semi-final between Bangladesh and New Zealand.

Yashasvi Jaiswal and Divyaansh Saxena helped India gun down the modest target of 173 with 10 wickets to spare after the highest partnership of the 2020 Under-19 World Cup in South Africa.

Yashasvi was unbeaten on 105 as he finished off the chase with a massive six as early as the 36th over. Divyansh was not out on 59 as the India openers put on a masterclass on Tuesday.

India and Pakistan have now won 5 matches against each other in all Under-19 World Cups. If India manage to win the World Cup final on Sunday (February 9), they will extend their title count to 5. India are already the most successful team in the history of the Under-19 World Cup.

A little over 2 years ago, India had crushed Pakistan in the semi-final of the 2018 U19 World Cup after Shubman Gill’s unbeaten 102 had lifted the Indian U-19s to 272 for 9 off their 50 overs. In response, Pakistan were bundled out for 69.