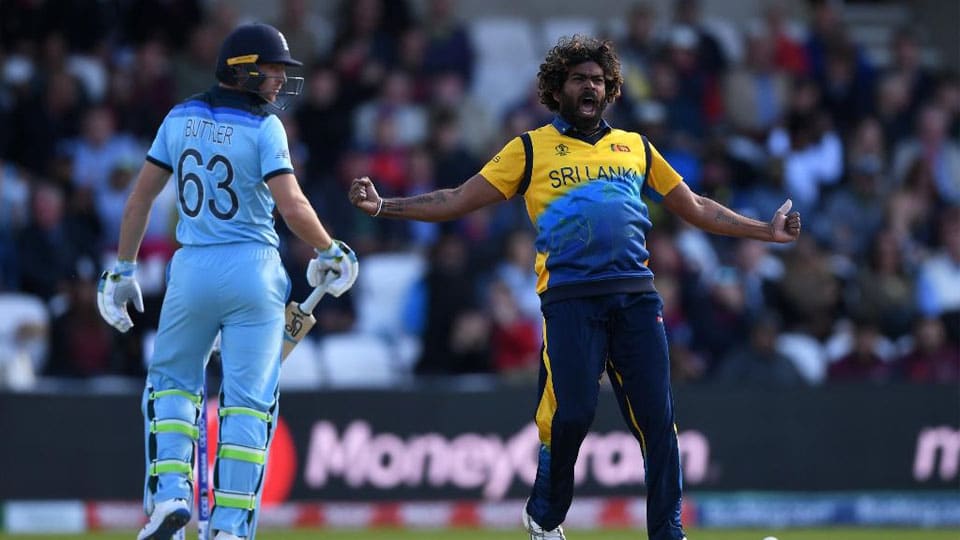 Sri Lanka came back strongly through some brilliant bowling performance by the experienced Lasith Malinga (4 for 43) and shocked the favourites England by 20-runs in an exciting ICC World Cup 2019 game played at Headingley, Leeds, on Friday.

England’s batsman faltered on a dicey wicket and fell prey to the guiles of the disciplined Sri Lankan bowling attack spearheaded by Lasith Malinga. He was well-supported by Dhananjaya de Silva, Nuwan Pradeep and Isuru Udana. Angelo Mathews came up with a fighting knock and led the way with the bat by scoring a valuable 85 n.o. (115b, 5×4, 1×6).

Angelo Mathews (85 n.o.) the senior professional batted responsibly and along with Kusal Mendis consolidated the innings further by adding 75-valuable runs for the fourth wicket. Dhananjaya de Silva (29) was the other useful contributor. Sri Lanka ended up scoring 232 for nine in 50 overs and were short by at-least 30 to 40 runs and needed to bowl well to make a match of it which they ultimately did.

England in reply, started shakily losing openers Jonny Bairstow (0) and J. Vince (14) to fast bowler Lasith Malinga (26 for two). Skipper Eoin Morgan (21) and Joe Root (57, 89b,3×4) departed in succession, and it was left to allrounder Ben Stokes 82 n.o (89b,7×4,4×6) to wage a lone battle. The wicket of Joe Root who was dismissed by Malinga was the turning point of the game.

England were bowled out for 212 in 47 overs and it was one of the biggest upset in this tournament.