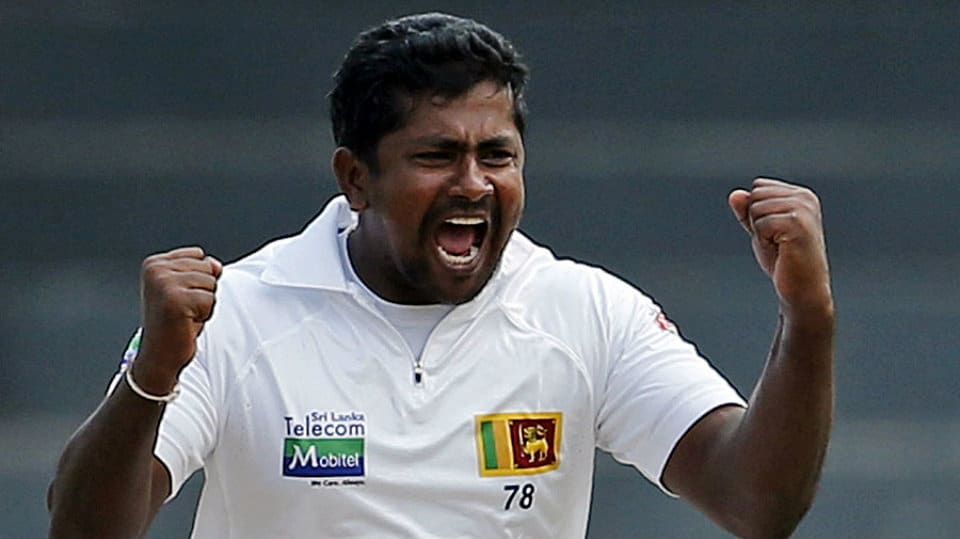 Sri Lanka veteran spinner Rangana Herath has been ruled out of the third and final Test against India starting in New Delhi on Dec. 2. Leg-spinner Jeffrey Vandersay, who is uncapped in Tests, is likely to be named as his replacement.

Herath, 39, complained of back pain after the second Test in Nagpur, where India thrashed the Islanders by an innings and 239 runs. Herath’s performance in the ongoing Test series hasn’t been impressive. He went wicket-less in the first rain-affected Kolkata Test match which ended in draw.

However, he did well with the bat and scored crucial 67 in the first innings for the tourists. In Nagpur Test, Sri Lanka’s senior-most bowler on their current tour of India, finished with figures of 39-11-81-1.

Sri Lanka squad for Delhi Test is as follows: