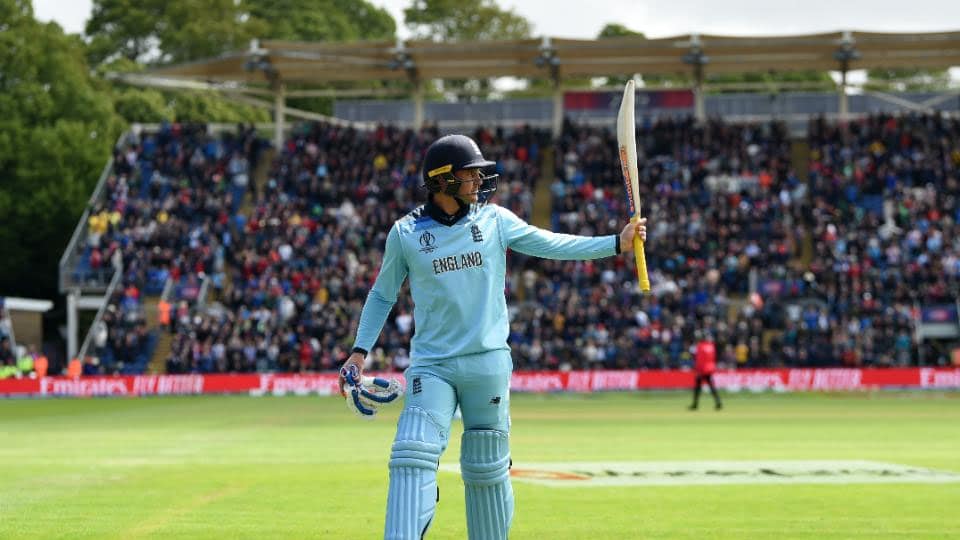 Useful contributions came in from skipper Morgan (35) and Liam Plunkett (27 n.o). England ended up scoring a massive 386 for six in 50 overs. Mohammad Saifuddin (two for 78) and Mehidy Hassan (two for 67) were the impressive bowlers for Bangladesh.

In reply, Bangladesh facing an uphill task were restricted by England’s bowlers who struck in intervals to take control of the match. All-rounder Shakib Al Hasan (121, 119b, 12×4, 1×6) waged a lone battle and impressed with his resolute batting. Mushfiqur Rahim (44),

Mahamudullah (28) and Mosuddek Hossain (26) were the other contributors. Jofra Archer (three for 29), Ben Stokes (three for 23) and Mark Wood (two for 52) were the wicket-takers for England.

James Neesham with a match-winning haul of five for 31 enabled New Zealand to register a facile seven-wicket win over Afghanistan in the ICC 2019 Cricket World Cup match played at Taunton on Saturday.

Put into bat by New Zealand, Afghanistan got to a decent start with openers Hazratullah Zazai (34) and Noor Ali Zadran (31) giving them a decent start by adding 66-runs for the opening wicket.

After the fall of both the openers, only middle-order batsman Hashmatullah Shahidi 59 (99b, 9×4) batted well.

Afghanistan kept losing wickets at regular intervals and their batsman fell to the guile’s of New Zealand bowler James Neesham (five for 31) and L.Ferguson (four for 37). Afghanistan were bowled out for 172 in 41.1 overs.

A skipper’s knock by Kane Williamson (79 n.o, 99b, 9×4) and useful knocks by Ross Taylor (48) and Colin Munro (22) enabled the Kiwis to score 173 for three in 32.1 overs and register a easy seven wicket win. Aftab Alam took three for 45 for Afghanistan. New Zealand with six points from three wins leads the points table.

James Neesham was chosen as the Player of the Match.