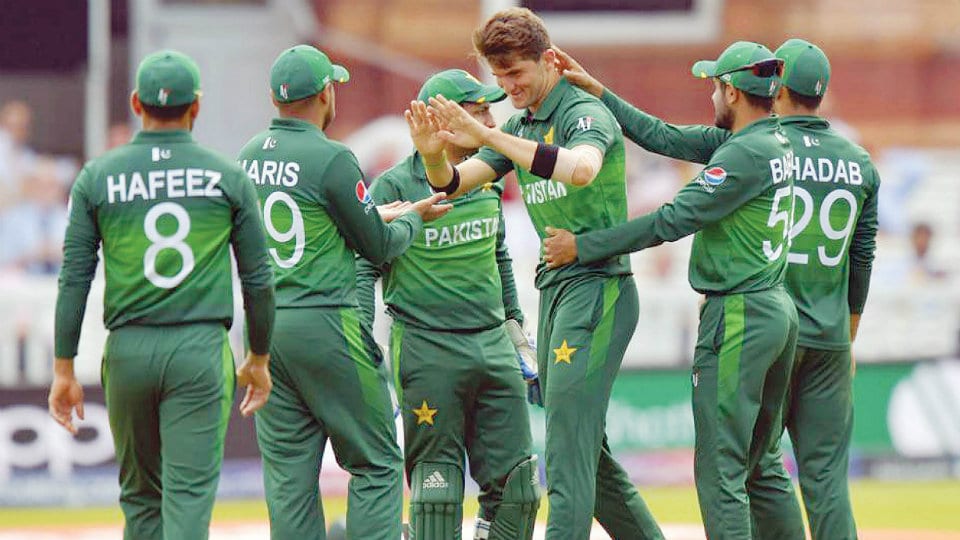 A century by Imam-Ul-Haq and a six-wicket haul by Shaheen Afridi helped Pakistan seal a 94-run win over Bangladesh in the ICC World Cup 2019 match at Lord’s on Friday.

Pakistan bowed out of the World Cup by missing out on the semi-final stage of the Tournament, with New Zealand piping them to the post.

With an unenviable position to pull off a impossible task, Pakistan scored 315 for nine in 50 overs. Pakistan needed to put on board a total no less than 450-plus to stand a chance.

Pak ended up scoring 315 for nine in 50 overs. Left-arm medium-pacer Mustafizur Rahman impressed for Bangladesh by taking five for 75. Saifuddin (three for 77) lent him good support.

Bangladesh’s Shakib Al Hasan (64,77b,6×4) scored his seventh half-century of the tournament equalling Sachin Tendulkar’s record of 2003, before slashing wildly at a ball from Shaheen Afridi and being caught out behind for 64. Shakib became the highest scoring batsman of the tournament with 606-runs.

Shakib and Liton Das (32 (40b,3×4) added 88-runs for the fourth wicket. Wickets fell at regular intervals with Mahmudullah (29) and Mosaddek Hossain (16) being the other contributors. Teenage fast bowler Shaheen Afridi took six wickets for 35 runs and spelt doom to the aspirations of the Bangladesh batsman.

The 19-year-old became the youngest bowler to take six wickets in the tournament. Bangladesh were bowled out for 221 in 44.1 overs.