Home » Sports » Rohit to lead India against Bangladesh in T20s 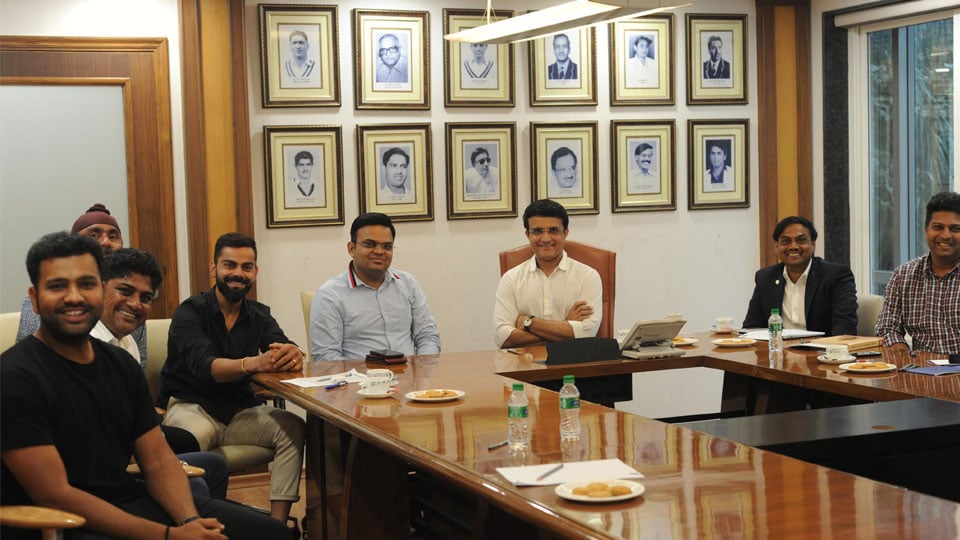 Rohit to lead India against Bangladesh in T20s

Indian opener Rohit Sharma will lead the team for the upcoming three-match T20I home series against Bangladesh, while regular captain Virat Kohli has been rested for the series.

The All-India Senior Selection Committee also announced the Test squad for the two-match series against the same opposition. In the shorter format of the game, Kerala wicket-keeper and batsman Sanju Samson and leg-break bowler Yuzvendra Chahal returned to the squad, while Mumbai-based all-rounder Shivam Dube got his maiden call-up.

The selection committee also named an unchanged squad for longer format of the game. Shahbaz Nadeem, who was roped in place of Chinaman Kuldeep Yadav to play the final Test against South Africa in Ranchi, was left out. It was Jharkhand spinner’s debut match.

According to Prasad, injured pacer Jasprit Bumrah will take more time to make a comeback in the team, while medium-pacer Bhuvneshwar Kumar may return to the team in the next series against West Indies. Meanwhile, former captain M.S. Dhoni continues to remain unavailable for the third series in a row. The three match T20I series is scheduled to be held between Nov. 3 and Nov. 10 followed up the two match Test series from Nov. 14.

Squads for the series